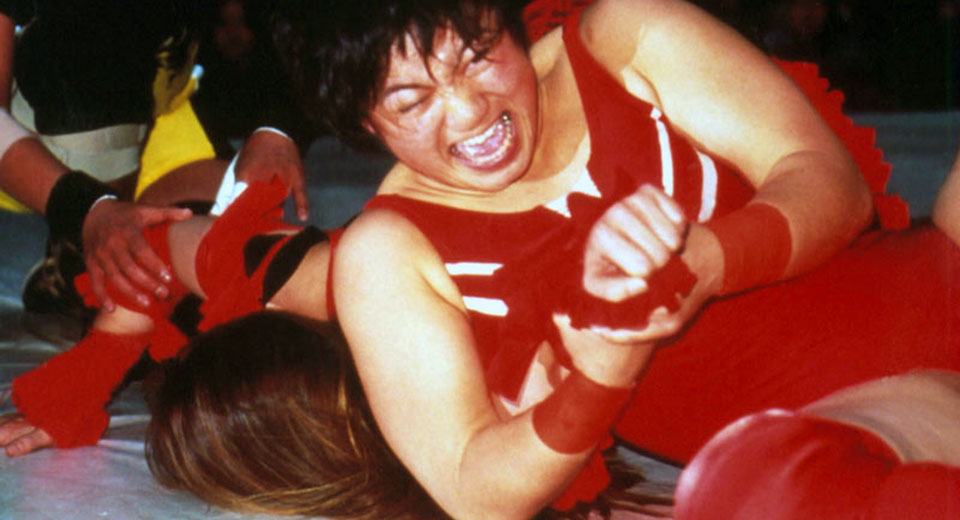 Kim Longinotto and Jano Williams' 2000 documentary Gaea Girls, on Japan's now-defunct pro-wrestling club of the same name, is a slap in the face to conceptions of modern womanhood, and made all the more raw, exhausting, and difficult to watch for the simple reason that it is all true. While the filmmakers include glimpses of actual Gaea Japan matches, which resemble Wrestlemania-style performances with soapy feuds, fire-breathing stunts, and sparkly spandex, the bulk of the film focuses on the brutal training regimens at the team’s countryside gym. Any viewers anticipating the smoke-and-mirrors tricks of WWE or the sexy mud-and-oil women’s “wrestling” preferred by viewers in the West will be shocked; Longinotto told The Independent that she actually cried behind the camera while making the film.

The BBC-funded documentary specifically follows a handful of new recruits as they train under the tough love and oversight of the founder of the gym, Nagayo Chigusa. One of the newbies, Wakabayashi, is accepted back into training after previously having run away; another, Takeuchi, is so viciously and constantly berated by Nagayo that her determination to stay on in the program is baffling. "I don't really stand out as a person," she says by way of explanation, "but in the ring I can become someone who is noticed."

There is very little offered in Gaea Girls in terms of context or judgment, making the violence even more jarring and alien. Nagayo, though, remains the central enigma: both a fighter and a victim, a bully and a mother figure. As her “children” fling themselves at each other, grappling in the slick of blood and tears, audiences are confronted not only with an unfamiliar portrait of Japan, but of womanhood altogether. “You want people to say you’re pretty, don’t you?” one member suggests to Takeuchi during a haircut. Takeuchi quietly disagrees: “Not exactly. Just to feel comfortable.” Gaea Girls prompts the difficult admission that even in the 21st century, this is still a radical desire.