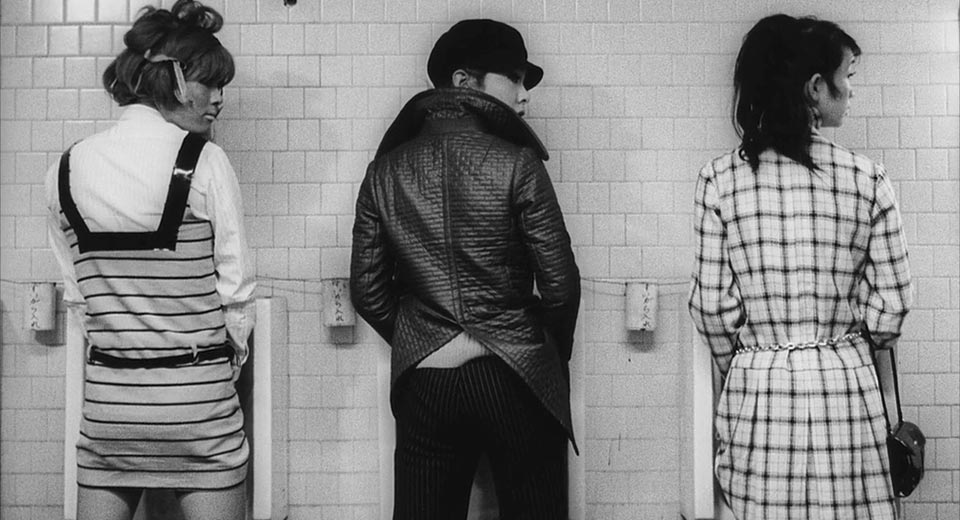 Set in Tokyo’s underground of the 1960s, Toshio Matsumoto’s Funeral Parade of Roses (1969) revels in the textures of the human body. Alongside sumptuous images of pores and nipples, he breathlessly offers a loose adaptation of Oedipus Rex, self-reflexive commentary on cinema, documentary footage, and a melodramatic love triangle in 100 short minutes. The film celebrates proud freaks in their natural habitat, the late 1960s. The celebration ultimately fades to eulogy, but Matsumoto can’t help but extravagantly present tragedy as spectacle.

The story, such as it is, concerns two self-described “queens” in love with the same drug-dealing club owner. A parallel underground involves a student art collective worshipping at the altar of The Beatles and Jonas Mekas. The groups merge when one of the queens, Eddy, stumbles into a gallery show and joins the merry band of doping pranksters. Matsumoto works against the fatalism of Sophocles with an emphasis on creation: creating oneself, creating films, creating spectacle, creating protest, creating love. Artifice becomes escape to a truer existence.

The modern viewer winces in anticipation of some “they” descending on the scene or some tragedy to punish and then ennoble our heroes. Sure enough, the law and the family revenge themselves against these transgressors. Trauma arrives in the form of suicide, familial rejection and a foreboding sense that the party’s nearly over. The psychological struggle is deeply felt, but it’s buoyed by Matsumoto’s sense of play. Like his characters, he basks in the act of creation while feebly swatting away the past and future.

Funeral Parade of Roses is streaming on the Criterion Channel, MUBI, and Kanopy (as of June 2021) 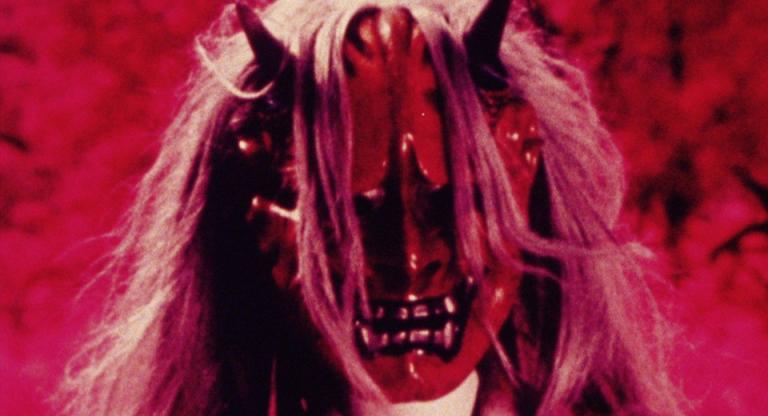