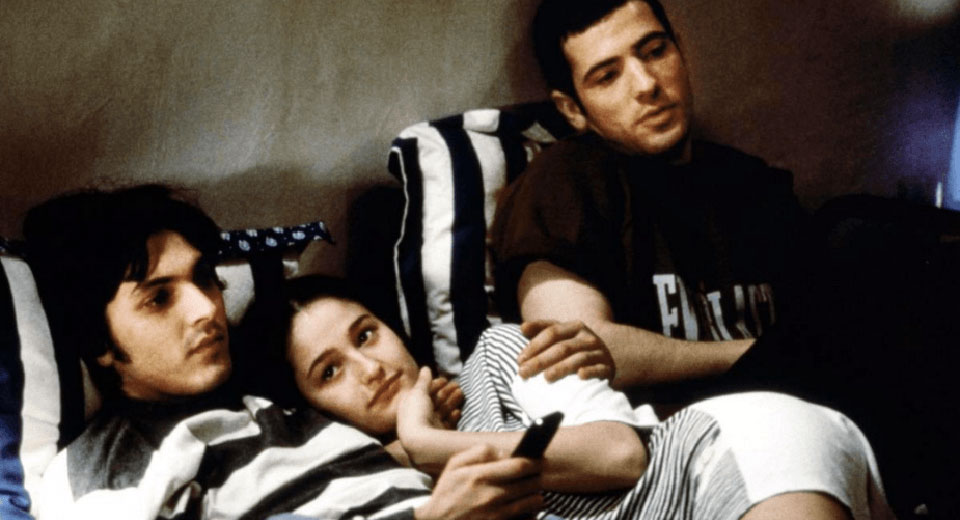 Fresh Bait can be perfectly summed up with two superlatives: It is both "very French" and "very '90s." The delightful combination accurately describes the time and place Bertrand Tavernier's film was made—Paris 1995—but Fresh Bait also transcends its laser disc references by consciously building on foundations laid by movies such as Peter Jackson's Heavenly Creatures, from the year before, and Terrence Malick's much earlier Badlands. As they say on the playground: It's all fun and games until someone gets hurt. Then it's a bloodbath.

Eighteen-year-old Nathalie (played by a terrific Marie Gillain) lives in a flat she rents from her mother with her handsome boyfriend Eric, who dreams of making it big in America, and Eric's lovable, simple best friend, Bruno. In the evenings, Nathalie and her girlfriends flirt with wealthy men in nightclubs in the hopes of finding a producer or director who might launch their careers in show business—even as the much older men often use Nathalie's eagerness as a kind of stepping-stone to their own ends. But Nathalie's looks and her address book full of the names and occupations of Paris' B-listers give impatient Eric an idea for quickly obtaining the capital needed to pursue his dreams across the ocean. What if Nathalie acted as a kind of bait to get into the homes of rich men, and then Eric and Bruno, in ski masks, busted in to rob the men's safes?

Of course, there is a vast difference between watching Scarface on VHS in your bedroom and breaking into a person's home with a gun, as Eric and Bruno so quickly learn. As the trio's acts become increasingly alarming, their naïveté is further exposed. "This is not an American TV movie," indeed.

If Fresh Bait had been made two decades later, it would be interpreted as a crotchety rant on Millennial laziness. But in 1995, it still manages to function as a sharp socioeconomic critique without deteriorating into being a specifically generational one. For while Fresh Bait still manages to have all the fun parts of '90s Paris—wearing leather jackets, watching terrible music videos, visiting VHS stores—it also shows you the dark consequences of unobtainable dreams: turning the volume up on your Walkman to drown out the screams.