Freeway II: Confessions of a Trickbaby 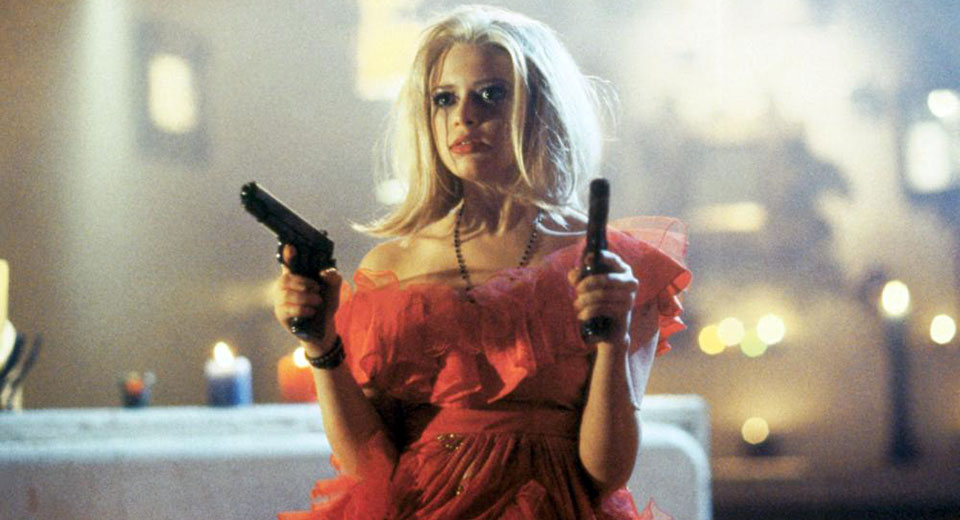 For better or worse, Matthew Bright cackles at any trace of solemnity surrounding eating disorders, serial murder, sexual degradation, disability, rape, incest, child porn and paint huffing. “Problematic” doesn’t quite cover Bright’s approach to material that he arguably, as a cis-white-hetero-boomer, has no business triviliazing. Yet his three directorial efforts (a fourth, the universally maligned Tiptoes (2003), doesn’t really count until the public has a chance to see his 150-minute cut) triumphantly root through the same cesspits as William S. Burroughs, John Waters and Georges Bataille, searching for similarly rank sublimities. Best known for his debut, Freeway (1996), a retelling of Little Red Hood in which the eponymous character (played by a nasty Reese Witherspoon) is a highway sex worker and the big bad wolf is a middle-class sociopath, Bright is also responsible for the viciously insensitive Ted Bundy (2002), which feasts on the cartoonish mayhem of its subject, exposing the sanctimonious tone of the true crime industrial complex as a perverse denial of our morbid curiosities. His straight-to-video second feature, Freeway II: Confessions of a Trickbaby, has yet to find a critical mass of partisans, but the time for reappraisal is now. The trashiest film in one of recent cinema’s trashiest oeuvres may finally have its chance at infamy thanks to the fine folks at the American Genre Film Archive and the Alamo Drafthouse, who are premiering a new DCP of the film.

A baby-faced Natasha Lyonne stars as White Girl, a bulimic thief who prides herself on robbing johns and fleeing before fulfilling their contract. In prison she meets Cyclona (María Celedonio) a schizophrenic killer who enjoys masturbating while covered in the blood of her victims. Together they escape and head for Mexico, where, according to Cyclona, a Catholic mystic called Sister Gomez will shelter them. The connection to the first film is entirely spiritual, the title a failed marketing stunt. The fairy tale source here is “Hansel and Gretel,” featuring crack rocks for breadcrumbs and cross-dressing, kiddie-porn producing cannibals in place of the witch.

Bright’s punk cackle elevates his trashy heroines to Nietzschean heights. They combat their marginalization with projectile vomit and lesbianism, a gleefully offensive parallel that posits physical autonomy above all other values. Bright’s tone recalls Courtney Love’s classified ad seeking a female bassist: “no more pussies, no more fake girls, I want a whore from hell.” Since Tarantino arrived on the scene, the exploitation canon has been strip-mined for hip costumes, plot conceits and gaudy weaponry, but Bright remains one of the few modern practitioners who preserves the spirit of weirdo films designed solely to rattle respectable audiences.