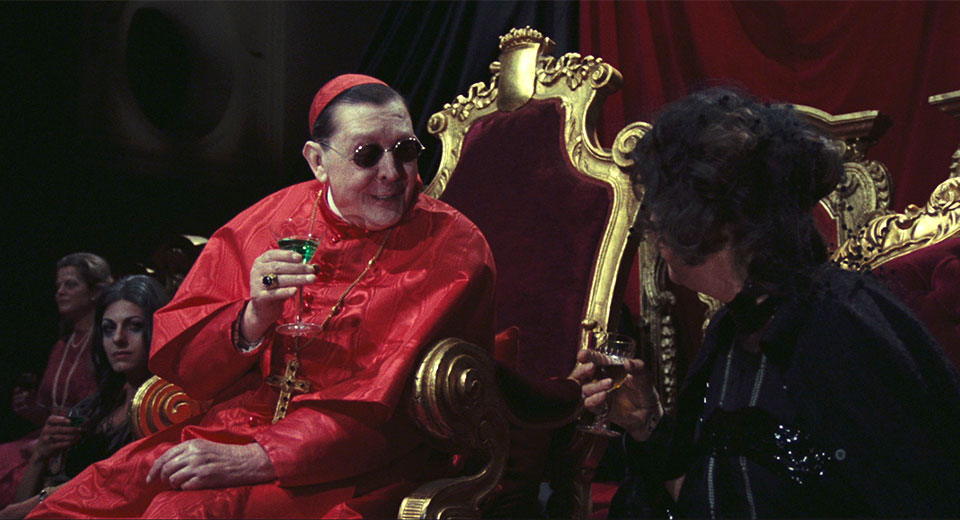 When Federico Fellini first arrived in Rome from his native Rimini in 1939, the young man was a gag writer and cartoonist. He found work drawing caricatures at a restaurant before joining the editorial board of the humour magazine Marc'Aurelio, where he met future collaborators Cesare Zavattini and Bernardo Zapponi. Fellini’s 1972 film Roma depicts the eternal city as seen through the eyes of the maestro, now with not only pencil and pad at his command, but with the full arsenal of Italian film technology and a lifetime of experience behind him. Not surprisingly, Fellini’s Rome is a maze filled with wide-hipped prostitutes, grotesquely palid faces, insults thrown for sport, the obese, the pitiful, and the siren call of the theater, and, of course, the cinema. In the spirit of a good sketch, empirical accuracy is discarded in favor of emphasis on particular details which say more than any strict adherence to “reality.”

The director had perhaps made more coherent masterpieces earlier in his career, but the 70s brought a suite of four films (in luscious color) ushering in the completely matured, if somewhat decadently overripe, Fellini. In Satyricon (1969), The Clowns (1970), Amarcord (1973), and Roma, the director’s vision became a liquid dream, at once tangential and digressive yet masterfully idiosyncratic both thematically and aesthetically.

In Roma all the tools of moviemaking are employed in a dizzying assault of radically stylized, pure cinema, wherein the moving camera gains the ability to mirror the drift of memory and the contingencies of perception with an ineffable emotive power. Now, for Fellini, something as banal as a dog’s shadow is enough to invoke all the sensuality of vision and the thorny funhouse of ideas beyond things we see but struggle to understand.

The films that followed Roma (City of Women, The Orchestra Rehearsal), with the exception of the career defining Amarcord, would begin to taste a bit gamey. However, Roma represents a moment in Fellini’s career when object and subject are perfectly matched. This moment, perhaps the moment for cinema, passes far too quickly. It disappears like the newly discovered subterranean frescoes in Fellini’s film — their ancient faces and glorious colors fading as soon as the air (and probing eyes) from above hits them.