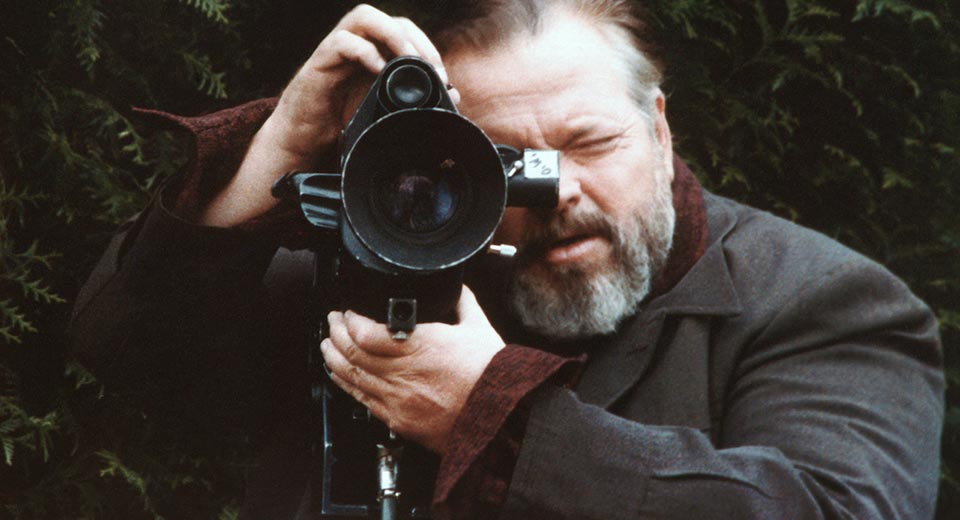 As much as he was a director, an actor, an author, a producer, or a bon vivant, Orson Welles was a magician. Nowhere is Welles' love of magic and trickery more apparent than in F for Fake, a pseudo-documentary about art forgery screening as a double feature with Nicholas Ray's Party Girl in Film Forum's Marty & Jay's Double Features series.

F for Fake's French title, Verites et mensonges (translated as Truth and Lies), gives a much better picture of what to expect from the film. Welles begins the film by promising the viewers that for the next hour, he will tell the absolute truth. His gorgeous, young partner Oja Kodar, sashays her way onto the screen in a short skirt, inspiring men to stop and stare, unaware that they are being filmed. From there, the film alternates between the subjects of professional art forger Elmyr de Hory, fake Howard Hughes autobiographer Clifford Irving, Pablo Picasso, Hughes, and, above it all, Welles himself, who uses the subjects of professional fakers as a comment on storytelling, directing, and magic—all one and the same.

The film's subject is dizzying and requires several viewings, but no less impressive is Welles' (as always) inventive visual acumen. From Welles doing magic tricks in a field, to Kodar's dazzling costumes, to the climactic scene of Welles and Kojar arguing in black as Picasso and his art dealer, the images in F forFake are among the most unforgettable in Welles' oeuvre. Welles, in his cape, hat, and ever-present cigar, is a formidable figure, the magician behind the camera foregrounding himself and making sure the audience remembers: this is a movie.

In contemporary times, F for Fake might be called an "essay film," but what Welles attempts, and succeeds at, is a total construction, deconstruction, and reconstruction of what we think of as truth. Do films have an obligation to tell the truth? What even is the truth? These are the questions of Welles' career, and while he may never have gotten an answer, this late-period subversive masterpiece comes closest to at least unveiling the magician behind the cinematic curtain.