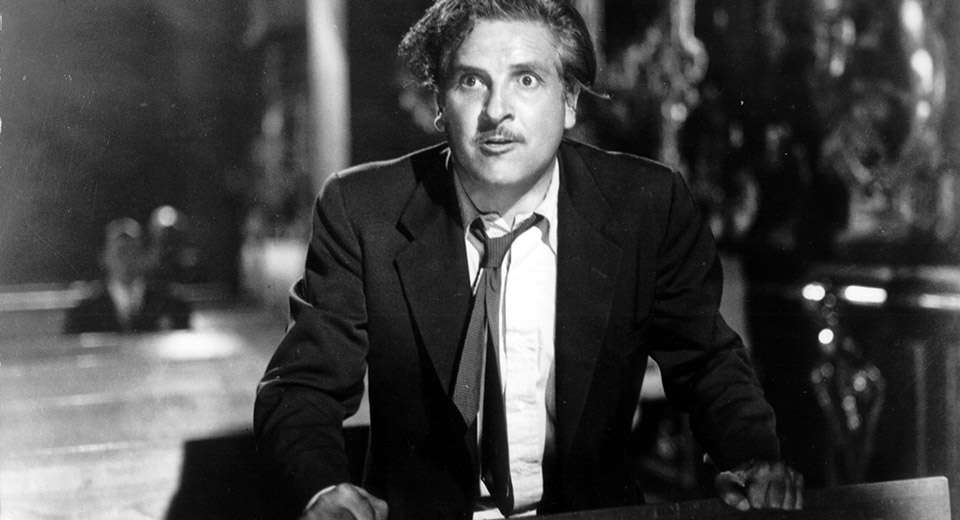 By his own account, the 15 or so years that Luis Buñuel spent making films exclusively in Mexico (while in exile from fascist Spain) were as productive as they were compromised. Budgets were small, actors were miscast, and .45 caliber pistols were the preferred social lubricant and stress reliever on shoots that rarely lasted for more than a few weeks. It was a recipe for uneven work, but it gave Buñuel what he needed, or enough of what he needed, to make two or three of his greatest films.

About El —one of the twenty Mexican productions that he wrote and directed— Buñuel only had to say that: “it’s simply the portrait of a paranoiac, who, like a poet, is born and not made.” The paranoiac in question is Francisco, a middle-aged businessman ensconced in the lifestyle of a Mexico City bourgeois, meaning a life lived in boardrooms and at tepid cocktail parties (to which a priest is always invited). One Sunday in church, while watching his priest kiss the washed foot of an altar boy, Francisco’s eye is drawn to a pair of legs and a beautiful face sitting in one of the pews. Immediately, Francisco wants her for his wife, and her name is Gloria—he finds out in that order. And, though Gloria is engaged to Francisco’s colleague and friend, with one miraculous cut, the pair wind up married and in a train car on their honeymoon.

All is well for about one minute, and then Francisco crumbles. He has news for his perfectly normal wife: he knows she’s a whore. But Gloria is not a whore; she’s closer to a saint. And, in saintly fashion, she endures—everything from her husband’s insults to his attempts to murder her on at least two occasions. What this proves is not entirely clear. Coming from a lifelong surrealist, it’s likely that the dissociative moralizing intentionally proves nothing, other than that ambiguous images often look uncannily like the truth.

If something more profound can be accomplished by a film, Buñuel never found it or went looking for it. Near the end of his life he said of himself: “I am not a philosopher, and I don’t do very well with abstractions.” El, like all of Buñuel’s best films, is evidence that those were two of his greatest qualities as an artist.