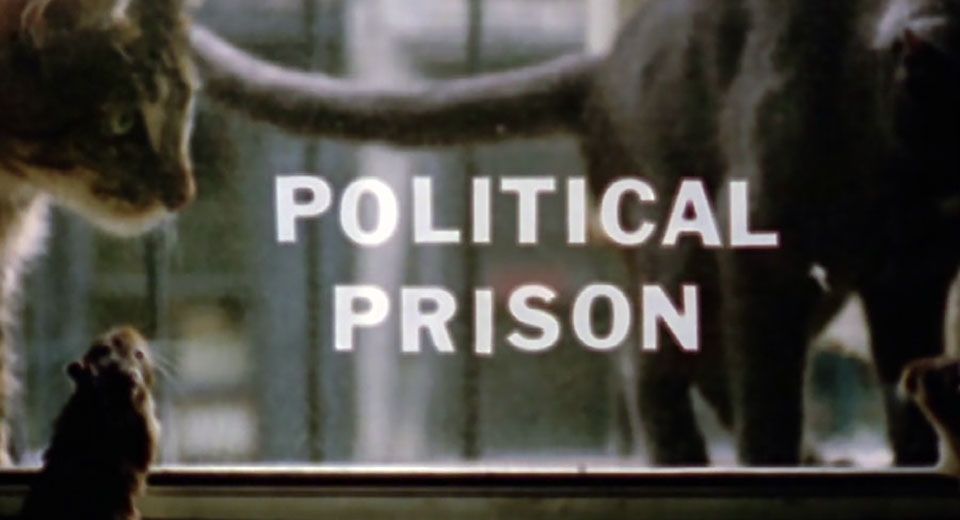 Anthology Film Archives' series "Disruptive Film: Everyday Resistance to Power" continues today with Program 2: 10 Escape Routes in 90 Minutes. Within the larger series’ gamut of rebellion, the program stretches boundaries of what escape can be, and mean, with a selection of films spanning time, the globe, and urgency.

In many cases the films themselves not only contain but are artifacts of escape, as with I Am Eight Years Old,  a secret film about a secret war. Banned for years but successfully screened underground, France’s occupation of Algeria is told through children’s drawings of witnessed violence, their matter-of-fact voiceovers accepting but unhappy, asking for resolution from an audience that may not exist. Conakry is a floating one-shot through a building itself historical testament to Rhodesia’s history, now a reliquary of a successful revolution’s documentation. Eschewing typical documentary format the short overlays and interweaves oral testament to the personal and historical necessity of that documentation and how nearly it was lost, while sharing rare fragments of footage still in the process of escaping decay.

Rat Life and Diet in North America ’s rat protagonists flee their immediate and potent threat, but their Canadian safe haven is owned by the same military industrial complex they’ve just left. The difference is physical safety; one notch higher on Maslow’s hierarchy of needs is what allows the revolution to start. Prayer of Fear  subverts the traditional call upon a higher power for strength, asking for failure if victory comes at the price of injustice, in the face of an omnipresent change beyond the lone narrator’s power to influence.

Sometimes The Great Egress is pure prank subversion, as in Tehran is the Captial of Iran  and Jack Smith. By sticking exactly to the letter of the law, state-sponsored documentary Tehran managed to twist propaganda back on itself by quoting it word for word, while undermining it utterly with footage of the dire poverty it claimed didn’t exist. The impact was so devastating the film was banned and another sponsored documentary was pulled from production. Filmmaker and Warhol favorite Jack Smith used the Kino 74 program to make another film on their dime—a perfect slam on the art world circle-jerk he refused to participate in and managed to neatly side-step.

The program ends with the series programmers Sherry Millner & Ernest Larsen's own film Graven Images, a subversion of subversion suggesting patriotism can be its own false god, but slavishness to ‘serious’ filmmaking and knee-jerk liberal reaction are just as blinding.