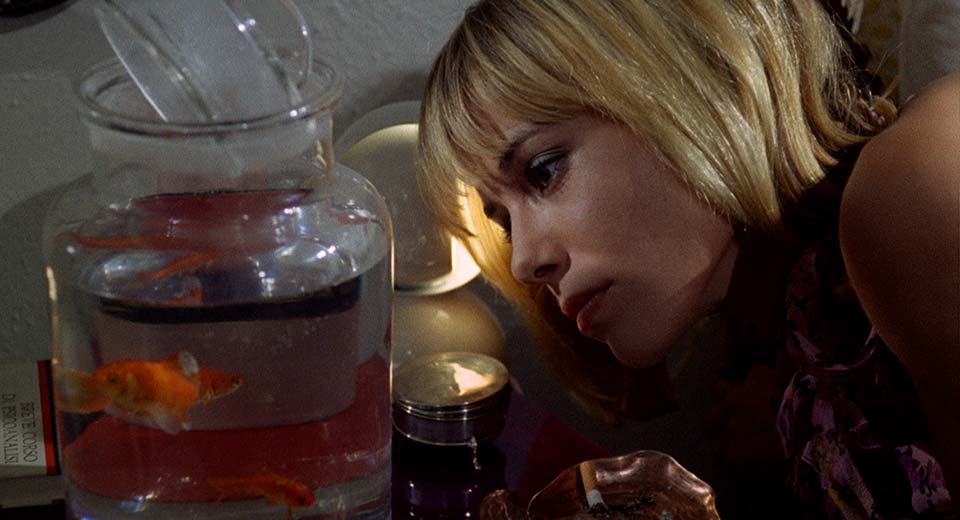 The absence of traditional drama, rather than inducing boredom, creates a giddy sense of expectation. Dillinger is Dead fits well into a small category of anti-dramas along with Fassbinder and Fengler's Why Does Herr R Run Amok? Both films using the stuff of everyday life to make the most damning of political statements: Whereas Herr R focuses on an ugly character stumbling through an ugly world with its murky camera work and uncomfortable situations, Ferreri's film is much more perverse. Formally, Dillinger is Dead is fairly "normal," and Piccoli likewise moves through his evening—touching objects, smiling, and enjoying a “well deserved” drink after a hard day of work—with a sense of contented ease. The result is unnerving. Piccoli’s domestic routine, his isolated wonderland of objects and personal fantasies, are the symptoms of a deeper madness, a pathological capitalism.

The specter of the American outlaw John Dillinger haunts Ferreri’s film as Piccoli’s chosen delusion, the gangster/cowboy fantasy filling the spiritual void left by the processes of exploitation and alienation. The days of the violent rebel are done though: Dillinger is dead. Piccoli is no outlaw. He’s just another corporate schmuck in a suit. The violence he toys with is now dispassionate force, and crime, rather than challenging that force, has become a sad mimesis of power.

This is one of the most openly antagonistic films of all time. Ferreri, however, achieves his ends not with abrasive images or sound, but by simply showing what there is to Piccoli's world. The result is an implicit challenge: I dare you to tell me there’s something more.