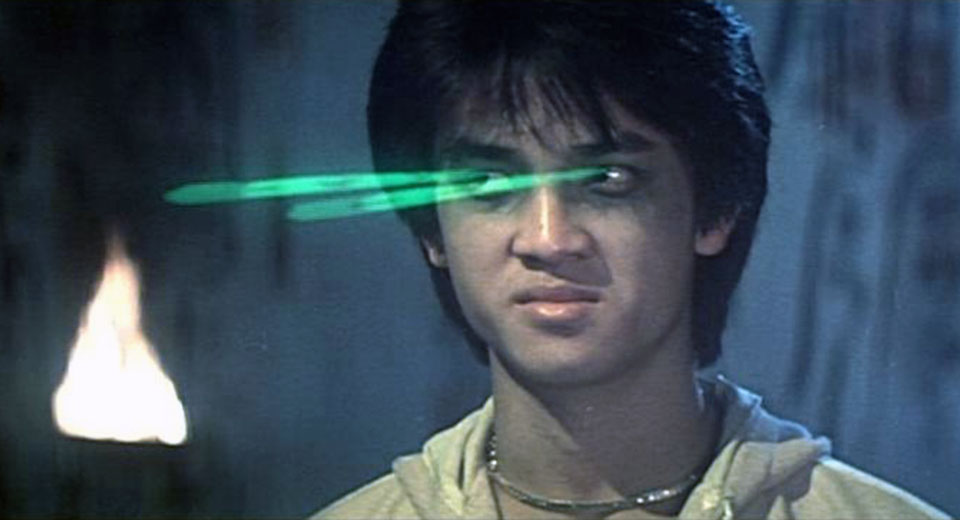 At an auction, the aunt of a middle class Hong Kong family impulsively purchases a vase simultaneously phallic and yonic in shape. She takes it home, where it manifests as a faceless, white-haired and seemingly charred creature, a cross between Alain Resnais’s irradiated lovers in Hiroshima mon amour, and the flayed uncle from Hellraiser. When her husband returns from a business trip to find the two mid-coitus, the monster casts maggot-filled lesions over his face. Both husband and wife die in the ensuing struggle and during their funeral the latter’s stomach swells and bursts with demon spawn. The reborn monster rampages through the family, throwing furniture against the walls, inciting rape and murder and, eventually, engaging in a wuxia laser battle with a priest. There’s little rhyme or reason to the carnage other than the filmmakers’ perverse imaginations and budgetary restrictions. Chaos is far creepier and more fun than a wronged antagonist seeking circumscribed vengeance.

Devil Fetus gets incredible mileage out of the simplest tactic imaginable: First, a character or character sees something strange; the film them cuts to their point of view, where we become privy to the carnage; cut back to the horrified characters reacting; and then back to their point of view, only this time nothing is amiss. (The approach is doubly effective when the scene has no wide shots to establish contiguous space.) These moments happen quickly enough that we share the disorientation of the characters. As they are forced to acknowledge the entity in their home is capable of anything, we’re forced into an equally disquieting realization that the filmmakers are willing to violate the basic rules of continuity if it yields just one more jolt. The practice seems remedial in writing, but this simple act of now-you-see-it-now-you-don’t sows further chaos in a film already boiling over with viscera and malice.