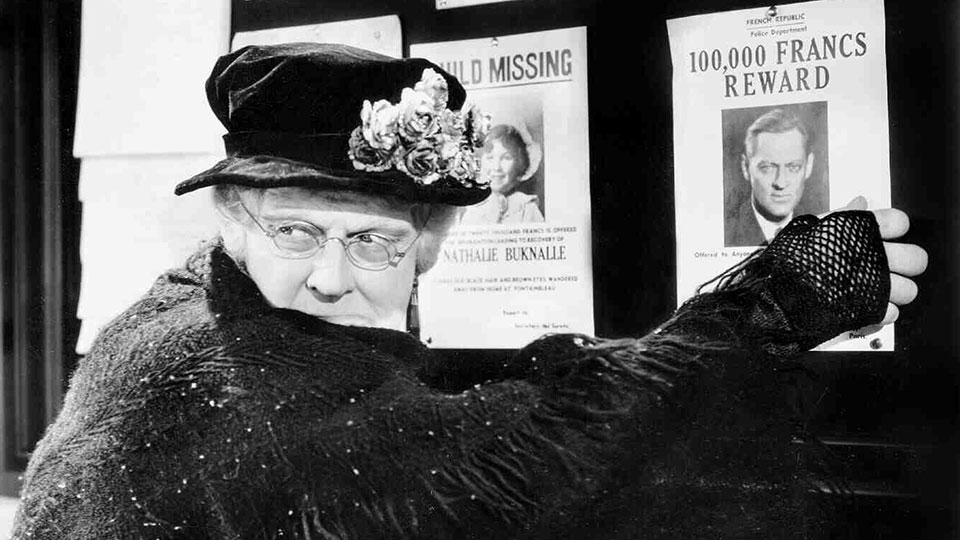 There’s a practical explanation for the conceit of Tod Browning’s The Devil-Doll, which screens 7pm tonight at Anthology Film Archives*—if everybody in the world shrank to a sixth of their full size, then we would have six times the resources to sustain humanity. At least, that’s how mad scientist Marcel (D.W. Griffith mainstay Henry B. Walthall) pitches his pet project to ex-banker Paul Lavond (Lionel Barrymore) after the duo escapes from prison. It turns out that Marcel has already figured out how to shrink living, breathing humans into catatonic miniatures; he claims that controlling them is only a matter of willpower. Within the first 15 minutes of the film, Marcel dies of a sudden heart attack, and his wife Malita (Rafaela Ottiono, whose laser-beam eyes steal the show) insists that Lavond must help her continue their experiments...which Lavond sees as an opportunity to extract revenge on his old colleagues with the help of an army of miniatures.

Still on the run, Lavond needs to disguise himself to avoid the police, and the persona he invents earns The Devil-Doll a slot in Anthology’s thoughtfully programmed Cross-Dressing and Drag on Screen series. He dons a shawl, wig, glasses, and some enviable fishnet fingerless gloves to assume the identity of an elderly doll-shop owner named Madame Mandilip. The Devil-Doll folds self-reflexive play with identity and perception into Lavond-as-Mandilip; you can hear Barrymore relish delivering lines like “you men never know what’s going on behind your backs” in proto-Featherbottom falsetto. Beyond the one-liners, Lavond also nurses deep sadness, as he ultimately seeks to redeem himself in the eyes of his daughter Lorraine (Maureen O’Sullivan). Since she resents him for abandoning the family in dire financial straits, he can only visit her in character as Mandilip, and Lavond uses his performance to camouflage his sudden moments of heartbreak over their fractured relationship.

All of which isn’t to say that The Devil-Doll succumbs to an easy characterization of Lavond as a misunderstood criminal with a heart of gold, and the film’s complications of moral allegiances might speak to contributions from co-screenwriter Erich von Stroheim. Browning never lets us forget that Lavond’s plan is predicated on controlling miniaturized people who remain fully conscious, if totally robbed of agency. At one point, Lavond rushes to bandage one of the miniatures when Malita accidentally makes her ballroom dance off the edge of a desk. When he cradles the miniature, her eyes are blank, her body stiff: comatose without consent. Watching the miniatures burgle and maim under Lavond’s control is equally disturbing and thrilling—the tension doesn’t just arise from masterful spatial choreography, but also from the unsettling awareness of the human-that-was.