Of the Deep: Films by the Department of Tropical Research 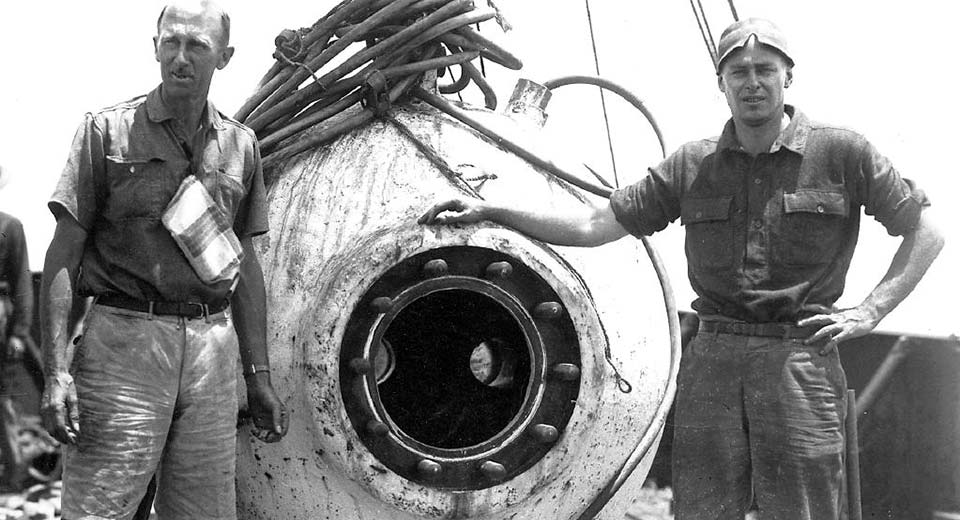 At the turn of the twentieth century, explorer and ornithologist William Beebe led expeditions around the globe on behalf of the New York Zoological Society. In 1918, he founded the Department of Tropical Research and was given the opportunity to devote his time fully to research and exploration. Not a stuffy scientist in the least, Beebe knew that sharing animal life and natural wonders with the public benefitted from interdisciplinary and artistic work. His team consisted of historians, illustrators, aspiring filmmakers, both men and women—a decision considered “unprofessional” by his more traditional colleagues—and his recruitment jumpstarted some significant film careers. Some notable alumni include Floyd Crosby (Tabu, High Noon), whose work on a 1927 DTR expedition to Haiti served as his first professional experience behind a movie camera, as well as writer Ruth Rose and filmmaker Ernest B. Schoedsack, who met and fell in love on Beebe’s ship before bringing King Kong to life in 1933,

The silent films shown in Of the Deep consist of documentary footage shot br Crosby and other members of the Department, mixed with animation, showing the ecosystems of deep sea life in beautiful black-and-white. While we have had so much educational exposure to ocean life since 1930, and the world may seem a lot smaller today, these films maintain the mysteriousness of the deep and a simplicity that feels at once innocent and esoteric. Some of the films feature the famous Magic 8 Ball-shaped “Bathysphere,” the steel sphere in which Beebe made record-setting dives fathoms below the ocean surface, which adds a surprisingly sci-fi element to the footage. The screening will be accompanied by a live score, hand-colored lanternslides from other DTR expeditions, and introductions by members of the Wildlife Conservation Society (formerly the NY Zoological Foundation) and Fabien Cousteau: filmmaker, oceanographic explorer, and grandson of Jacques Cousteau.

Museum of the Moving Image’s series Science on Screen explores the relationship between science and film; both how film captures science in a way that brings us closer to it and how it envisions potential futures for science to chase. Some of the films featured in today’s program have not been screened since their original tour in the 1930s and this is a rare trip outside of the DTR archive: a sight to be seen that should not remain in the past.