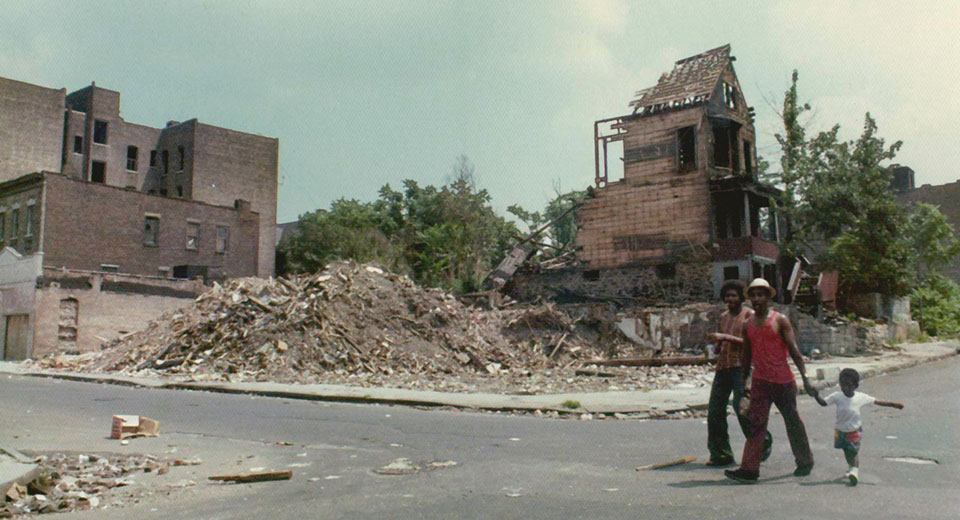 “In the ‘70s it was the fires, in the ‘80s it was crack and then in the ‘90s, it was incarceration,” says filmmaker Vivian Vázquez Irizarry. “There is always something the system uses to marginalise and punish the minority.”

Her film, Decade of Fire, co-directed with Gretchen Hildebran, revisits the fires that ravaged the neighborhood of South Bronx in the 1970s and uncovers the ugly nexus of power that chose to do nothing to help extinguish them. Irizarry, who grew up in South Bronx, talks to old residents, combs through Fire Department records, and recounts her own memories with tears in her eyes, as she narrates a history that has only been recounted with racial and class stereotypes of violence and “social pathology” (as Daniel Patrick Moynihan wrote in a memorandum to Nixon).

Starting with an explanation of redlining — the systematic denial of social services — Decade of Fire cites other government-aided policies that continued to let the fires burning. With intervention from the Rand Corporation in 1968, the borough of Bronx, which was already a fire-heavy zone, lost its fire stations. The absentee landlords, realizing the worth of the insurance money they stood to earn, started setting their buildings on fire, and the newspapers merrily went on reporting hackneyed stories of how black youth were enjoying the arson.

The film is not just a revising of history of the neighborhood but also the resurrection of the pride that is the right of the many Puerto Ricans and the African American families that have lived there. It is a reminder that films like Fort Apache, The Bronx have only perpetuated stereotypes of violence when depicting a neighborhood that was once one of the most diverse, non-segregated areas of the city.

It focuses on the people and their music and the movements they founded to save their neighborhoods. The film reclaims the people’s history of the Bronx as the borough readies itself to fight gentrification. “We did not burn the South Bronx,” the film asserts. “In fact, we were the ones who saved it.”