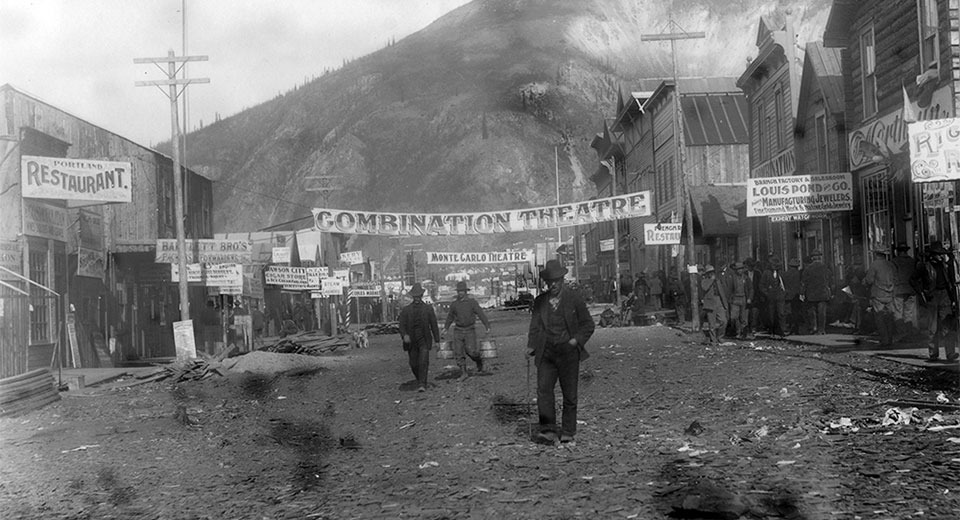 Anyone already trying to divine which documentary will win the 2017 Oscar might be convinced by the last decade of honorees that it requires, at a minimum, profiling a celebrity or musician. Dawson City: Frozen Time doesn't exactly have either, although it does feature a colorful cast of characters whose fortunes (and misfortunes) come to light after a bulldozer uncovers 533 nitrate prints in the crater of a former Yukon swimming pool during the 1970s. Playing as part of MoMA's annual Academy Awards "Contenders" series, Dawson City relies nearly entirely on that found footage and minimal dialogue. Director Bill Morrison's technique lets the gold rush boomtown—the last stop on the North American circuit for nitrate films—tell its own story.

What Dawson City might lack in obvious star power, though, it potentially makes up in its almost religious reverence for the physical medium of film—always a good angle with Academy voters. Playing at MoMA on 35mm, the experience might pale in comparison to what it must have been like to watch the silver sparkle of nitrate after it was painstakingly recovered and restored, but even the flicker of safety film in a crowded Manhattan theater will edge viewers closer to that initial thrill. Additionally, as the cinematic arts continue their steady march towards all things digital and VR, the curl of half-degraded reels pulled from permafrost—a discovery that, in turn, was captured on film in the 1970s — might even spark momentary despair that such a find of "digital cinema packages" will not be made at some point in the distant future.

The rare nitrate footage in Dawson City will excite any diehard cinephile — one of the most exceptional discoveries is footage from the 1919 World Series — but even casual moviegoers will find themselves invested in the boom and bust of what was truly once the wild, wild west. While much of what audiences see of the actual town of Dawson City comes from fictional films, it is a charming reminder of how much of life is art, and vice versa. While there might be bigger and flashier names in documentaries competing for the 2017 Oscar, none will have quite the unexpected molten shimmer as Dawson City.