The Dark Side to Love 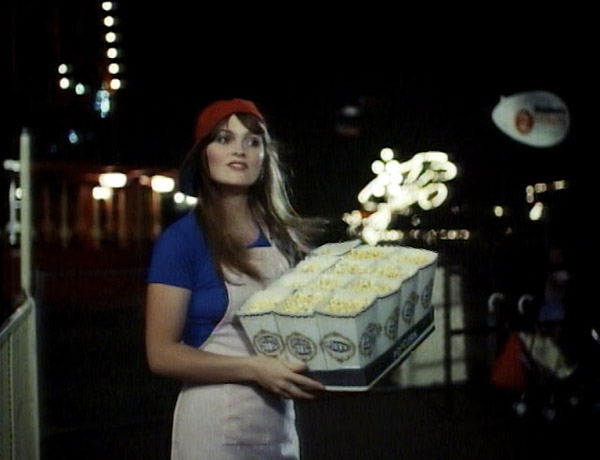 Our host and narrator for this bizarre and highly laudable fiasco is a wealthy weirdo in a smoking jacket named George (J. Martin Sellers), who gazes into a mirror in the film’s opening moments and attempts an explanation for his presence in the movie. He is the “last of the great lovers”, but is only interested in loving, not being loved, as “one-sided love is the only true emotion.” He strolls through a carnival, explaining, “I love a lonely place, and there’s nothing lonelier than a carnival on a Saturday night”. It is here that he meets Gretta (Merideth Haze), a girl selling popcorn, and stuffs $100 bills down her shirt. One of the film’s many mystifying ellipses then occurs, and we find that he’s also a pornographer, has made Gretta into a star, and is worried because a hunky pre-med student named Glen (Rick Barnes) has fallen in love with her and tracked her down to the club that George happens to own, where she works playing jazz piano in her panties and lives in a subterranean lair with other nymphos, drag queens and hippies. When Gretta and Glen first meet, Gretta asks him to have sex with her while George watches, to which Glen replies, “why do you hide the nice person inside you?”

The Dark Side to Love is part of Anthology’s “Written” by Philip Yordan series, and it is certainly distinct from the other films in the series, most of which were made in the 50s. This film was released in 1984, two years before Blue Velvet, another film about an innocent college male who finds himself enmeshed with a strange woman and her terrifying world. The Dark Side to Love has similar strains of absurdity, but its tone careens wildly between camp, melodrama and a subtler darkness, and this film’s mysterious woman is no victim.