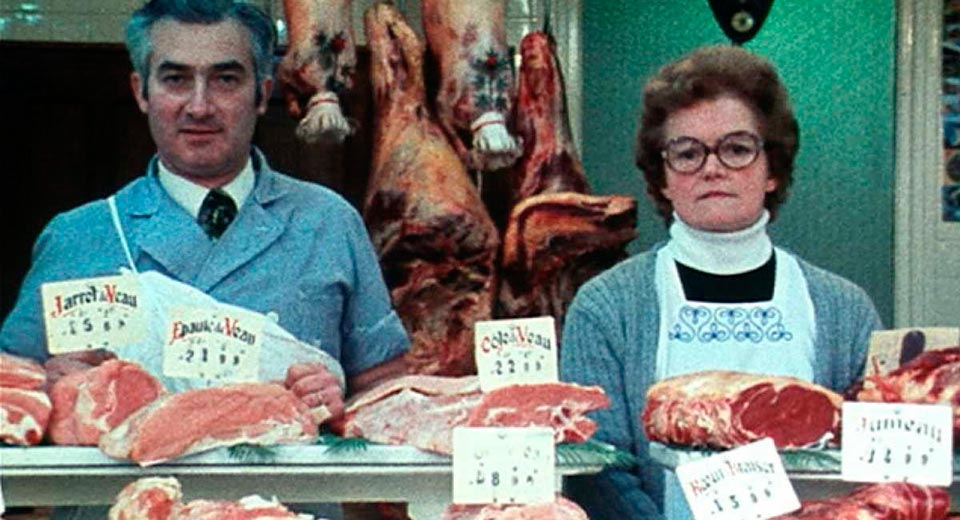 There is perhaps no better audience for Agnès Varda’s Daguerréotypes than an audience of New Yorkers, whose collective memory is disappearing faster than any other urban population in the world. Daguerréotypes is an antidote to the amnesia wrought upon us at the hands of the real estate robber barons and Robert Moses-es in whose hyper-gentrified image our city is now molded past the point of recognition. It is an artifact from a time before smartphones, when shop owners and customers greeted one another with a warm familiarity rarely seen in the transaction between today’s distracted consumer and anonymous retailer. A time of handshakes and how-are-you-s, of urban life as it was and ought to be, as first articulated and later echoed by the likes of Jane Jacobs and Jeremiah Moss.

Varda famously produced this film—her first feature-length documentary—shortly after the birth of her second child, challenging herself to get back to work despite being effectively tethered to her house by a two-year-old. She decided to actualize this imagined leash in the form of 90-meter electrical cable, which she would use to power her equipment, in an ingenious solution to the problem of immobility that would allow her to shoot without straying too far home.

While Daguerréotypes might seem, on the surface, a quaint portrait of a traditional Parisian neighborhood, it is more interestingly an examination of labor in a society conflicted about the value of labor. Varda herself is aware of the relationship between education and socioeconomic status, remarking in voiceover at the picturesque faces of this “silent majority”, observing her neighbors from the critical stance of an embedded dissident they’ve unknowingly invited into their lives.

And yet Varda’s gaze is neither exploitative nor condescending; it is, as always, tender and empathic, inquisitive and collaborative. It is an observation of a self-aware woman whose neighbors are yet much more than just husbands, wives, elders, or immigrants—more than the disposable, dismissable “working class” economists and executives would have us believe. Daguerréotypes reminds us what it was like to live in a city, before plastic bags and Amazon prime, before Starbucks and SoulCycle, before high-rent blight and Vanishing New York. Before the city became a suburb. Remember?