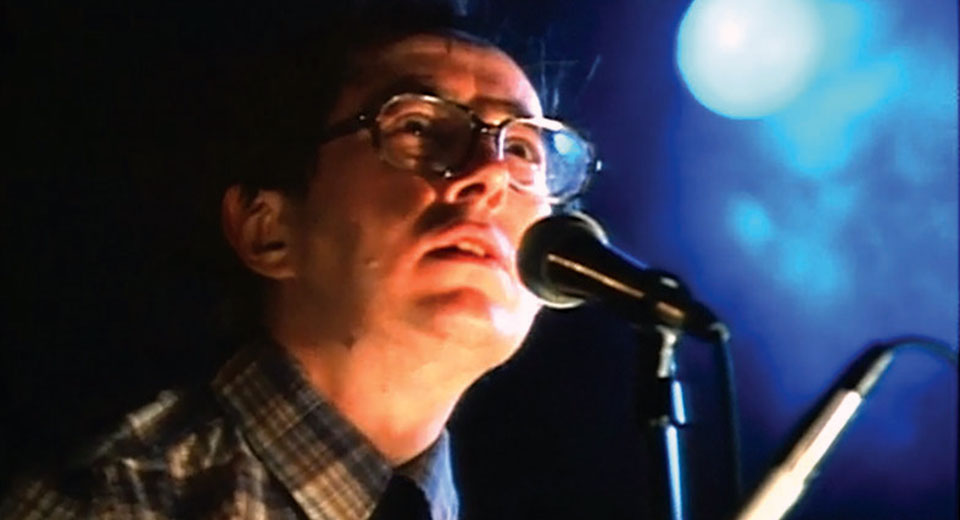 The mind boggles at the sheer volume of perfectly solid American beer-rock bands now wedged into the cracks of history. Squint hard enough at the footnotes of almost any college town, and you'll find a procession of questionably named musical groups vying to emulate the snide rock stylings du jour. In the late '70s in Providence, for instance, there were The Tits and The Nads, the Delinquents and The Joe Hebert Band. Where did these bands come from, and where did they go? The brunt of these groups are relegated to the faded memories of concert-goers; or if the band was lucky, a seven-inch or EP that had enough steam to get a sentence blurb in a collector's guide or fanzine, or a spot on one of the countless post-Nuggets rock compilations/bootlegs.

It is a far rarer thing for a fleeting rock group to be memorialized with a rollicking '80s comedy ten years after their break-up, though such was the case of The Young Adults, house band for downtown Providence mainstay Lupo's Heartbreak Hotel. When the venue's original space was shuttered to make way for condos, the dive bar's impresario Rich Lupo and former bar manager Jim Wolpaw drummed up a shoestring budget and set out to make a feature to capture its spirit, fusing documentary-style footage of the bar's closing nights with a devil-may-care anarchic comedy. The film took over two years to complete, emerging as Complex World, named after the Young Adults' 1979 regional radio hit. Crammed into a trim 81 minutes, it's a zany plot that involves an incel folk singer who joins a faux-revolutionary terrorist organization, a neo-fascist presidential candidate hoping to blow up the club as a publicity stunt, and Captain Lou Albano as the leader of biker mercenary gang.

Even with as unsavory a parade of derelicts, the film somehow veers back into the transcendent. Its epigraph, which it attributes to Ralph Waldo Emerson, is "Man was not made for safe havens"—although a quick web search credits this variously to Robert F. Kennedy and Aeschylus. Among the more rapturous of the film's moments is a phone call between a Beatles tribute band (played by national treasures NRBQ) and the beyond, and some slapstick fire-and-brimstone from real-life street preacher Tilman Gandy, Jr. It screens tonight at Spectacle alongside Jim Wolpaw's 1978 documentary on Bo Diddley, Cobra Snake for a Necktie, filmed during a week-long stint at Lupo's with the Young Adults' as his backing band. That Wolpaw later turned to documentaries on colloquial encounter with Keats and Dickinson seems to gel — Complex World elevates beer in plastic cups to biblical proportion, connecting the dots between Roger Williams and Rudy Cheeks, the Young Adults' red-faced innocent. (Note his later cameo in fellow Providence maestros of bad taste, the Farrellys' Me, Myself, & Irene.)