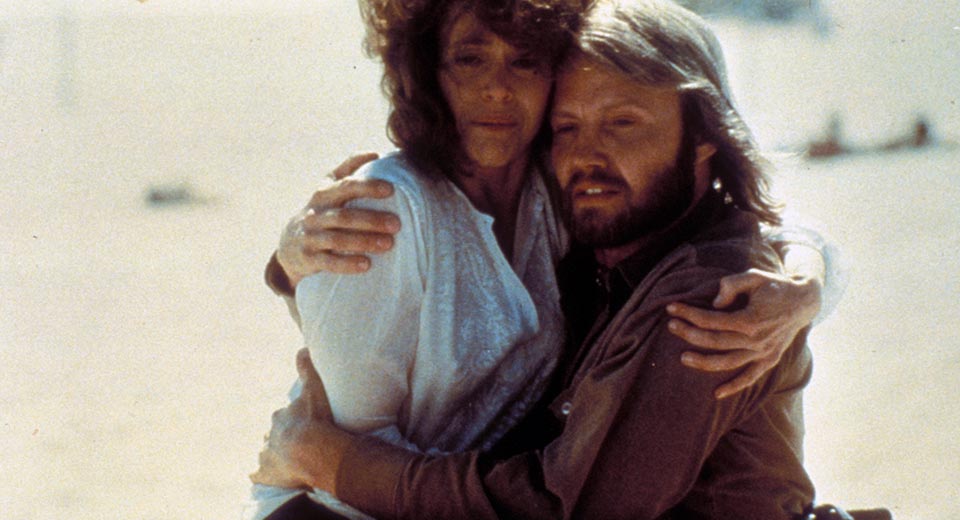 America loves its heroes, but only to a point: any deviation from the standard “army strong” narrative is liable to upset our nation’s conceit, revealing a deep well of trauma beneath this shining surface of bravery and bald jingoism. What remains after the war effort has sapped a man’s supply of pride and bravery? When the military machine has stripped him of his empathy, humanity and – more often than we’d care to admit – his own ability for self-determination? Like a shell blast, the pain of war is impossible to contain: instead it ripples outward, raining shrapnel on anyone within arm’s reach of the impact site. Hal Ashby’s 1978 melodrama, Coming Home, sensitively portrays three victims of this collateral damage: army wife Sally Hyde, her shell-shocked husband Bob, and her lover Luke Martin, who lost the use of his legs in Vietnam.

Written by screenwriter Nancy Dowd, in close collaboration with star Jane Fonda, Coming Home deserves special praise for its focus on the “war at home,” and how the sacrifices of these men overseas fractured the families awaiting their return. Make no mistake: despite the ample screen time devoted to Sally’s lover and husband – played by Jon Voight and Bruce Dern, respectively – this is a women’s picture, in the traditional sense, built on an essential foundation of feminine strength and moral ambiguity. As Sally, Fonda eschews the radical-chic image of “Hanoi Jane,” and her raised fist, in favor of a complex and tragic depiction of the Vietnam War’s impact on workaday folk. Her sharp left turn, highlighted in Metrograph’s “Jane Fonda in the ‘70s” series, may have made her an icon, but here she embodies a woman who could well be her ideological opposite. After a years-long public tarring for her vociferous pacifism, by decade’s end Fonda had settled into a subtler, but still impactful, style of protest.

At the heart of Sally’s disrupted life is a love triangle that, in its small way, expertly described our own bitter hindsight. Her character’s struggle to regain normalcy and stability after her husband’s return is but a small detail in this larger tableaux, where Americans of every stripe each had a role to play. By 1978, we were far enough away to turn and look back, and this brief distance offered audiences an opportunity to reckon with their own collective feelings of rage and resignation. Forty years on, Hollywood has yet to tire of long-suffering military wives – unlike sideburns or 8-tracks, star-spangled bloodlust is never out of fashion. From the Bonus Army’s 17,000-man siege of the White House lawn in 1932, to the recent and shameless gutting of the U.S. Department of Veterans’ Affairs, rude awakenings have remained a proverbial monkey-on-the-back of America’s ongoing imperial project. Wherever men (and now, women) in uniform march abreast toward the Altar of Freedom, injury, sorrow, and nihilism are sure to follow.