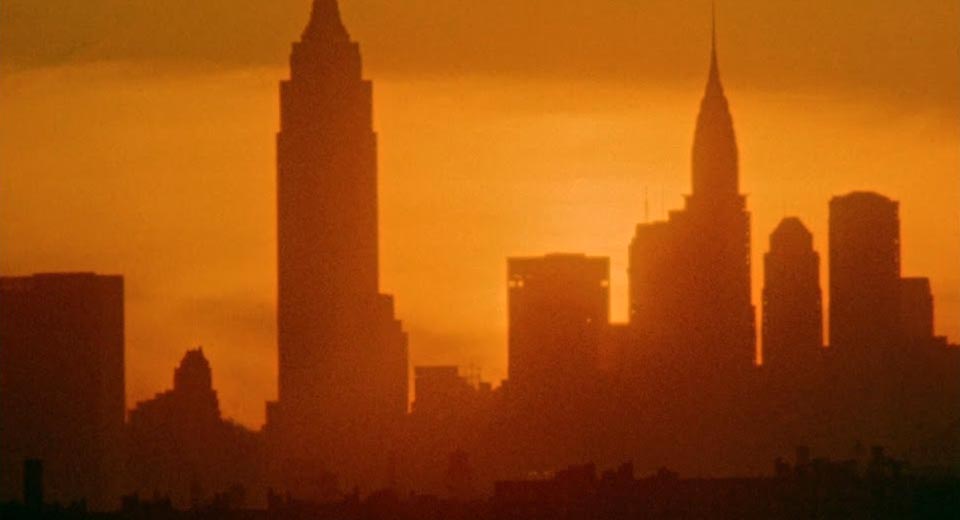 Tonight Anthology Film Archives presents the program "Built New York" as part of the "City Symphonies" series. In its traditional form, the city symphony offered artists such as Paul Strand, Dziga Vertov, and Walter Ruttmann a mode of urban portraiture that utilized the rhythms of music to document one of modernity's most beguiling phenomena: the development of the bustling 20th century city.

"Built New York" highlights works with varied and breathtaking ways of seeing the great metropolis. Beginning with Strand and Charles Sheeler's groundbreaking 1921 film "Manhatta," the island is seen as an organism in a state of becoming, with vehicles and people flowing through the streets as tons of rock are tossed to and fro and skyscrapers reach greater heights. Strand and Sheeler, two of the major figures in American modernism, provide a primer in "seeing" the city, using lofty vantage points to craft a vision of concrete, steel, water, and bodies moving in contemporary rhythms. The low angle shots of Robert Florey's "Skyscraper Symphony" (1927) force the viewer to confront the skyline's monstrous edifices from a grounded perspective. Florey's gorgeously photographed film gives the sense of both looking up into the faces of giants, in the form of subtly personified buildings, and being looked down upon in return.

D.A. Pennebaker's "Daybreak Express" (1953) and Francis Thompson's "NY, NY" (1957) abandon the structural influences of classical composition for the freedom of jazz. Both films embrace the speed of the city, maintaining quick tempos and introducing color. Pennebaker's film focuses on transit, employing a myriad of techniques to convey the speed of travel and its accompanying abstraction of the surrounding world. "NY, NY" turns the city into a spinning kaleidoscope of urban life, with images stretching and pooling like quicksilver before the viewer's eyes.