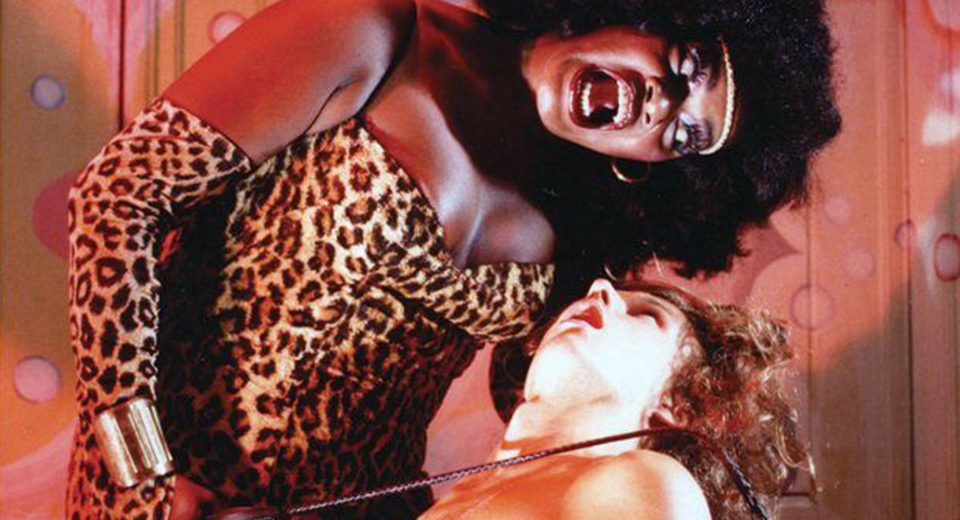 You’ve never seen anything like Rosa von Praunheim’s 1983 City of Lost Souls, although smart money says you’ve probably enjoyed the handful of titles that recall its candy-coated palette of highlighter, hair dye, and spicy ketchup. From To Wong Fu to The Birdcage and Hedwig and the Angry Inch, Praunheim’s low-budget, high-concept drag musical is the den mother of them all: an inventive stunner with a synth-heavy soundtrack and enough spangly spandex to choke a parish priest.

Trans performer Angie Stardust, who ditched an unfeeling and intolerant America for the (slightly more) permissive stages of West Berlin, plays the no-bullshit proprietress of greasy spoon Hamburger Koenigin (Hamburger Queen) and the Pensione Stardust, an apartment building occupied by a rogue’s gallery of gender nonconforming acrobats, dancers, singers, and man-eaters. Her starstruck employees—including trans punk Jayne County and Tara O'Hara—do damn near anything but work. Instead they while away the hours breaking into song at a moment’s notice, or serving side-eye with every side of fries.

While City lacks a “traditional” story structure (highly overrated, in this author’s opinion), it more than compensates for these so-called shortcomings with beautiful, handmade sets, glamorous costumes, and some truly biting political commentary. The absurdist, self-contained comedy reserves clapbacks for racism, sexism, and the Gipper, a perfect recipe for this veritable hodgepodge of transgressive performances dressed to kill, chill, and thrill. Not a minute on screen is wasted while the film alternates between cabaret numbers and fourth-wall shattering monologues, sprinkled throughout with unforgettable tableaux vivants comprised of glittering flanks, round glutes, and lipstick-kissed smirks.