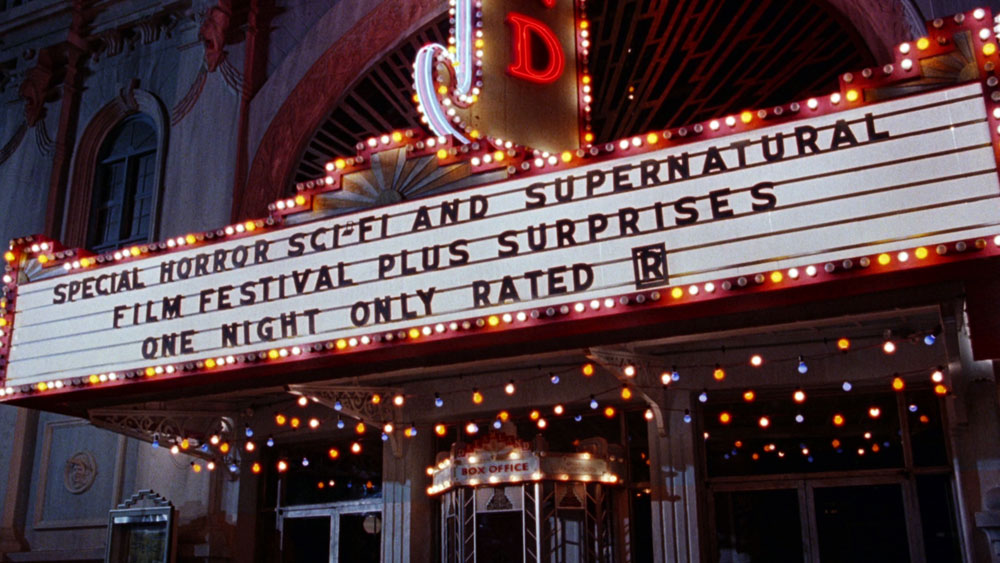 That the sanctified space of the cinema has an intrinsic relationship with cinema itself—enough so that the term can be used interchangeably to describe an auditorium and the content being screened within—should be clear more than a century into the medium’s existence. But how much that space means to cinemagoers is hard to overstate, and it didn’t take long before genre filmmakers capitalized on the fear associated with something, anything, happening in the dark after the theater lights have dimmed. We can point to the slime-laden hijinks of The Blob (1958) with its gooey monster sending audience members on screen flooding out of the exits of the Colonial Theater; or to William Castle’s inspired Percepto technology in The Tingler (1959), which vibrated the seats of real-life viewers as cinemagoers on screen were attacked; but it’s the 1970s and 1980s that really claimed the cinema as the new haunted house, thanks to films like Messiah of Evil (1973), Fade to Black (1980), and Demons (1985).

Though many of these films dabbled in the metatextual, Anguish (1987) feels like the first truly meta genre experiment in catching an audience off guard and putting them in the position of characters in the film they’re watching, allowing the screen to act as an eerie mirror of sorts. To synopsize Anguish is to ruin many of its pleasures for the uninitiated, but the crux of its narrative concerns a back-and-forth structure between the film we are watching and the film the viewers within the film are watching and how we, and those viewers, reconcile the violence therein. It’s a bold, delicate balancing act that is all the more impressive in how dreadful the experience feels once the credits roll—on a screen within a screen.

Four short years later, a slasher film set in a movie theater titled Popcorn (1991) attempted a similar magic trick. It doesn’t misdirect the audience for a full twenty minutes, as Anguish did, but it relished in the same sort of metatextual parlor tricks, this time pitting a bunch of all-night movie marathoners against a mysterious killer. Both films feature a series of killings within the confines of a theater space, where characters are able to be dispatched in the dark, with others around them, while nobody notices as their eyes are drawn to the screen—a device Wes Craven later mimicked in the opening of Scream 2 (1997).

The best exploitation and horror films understand how to home in on feelings of safety and familiarity, here associated with the cinema itself, and tear them apart. In the words of Popcorn’s tagline, “Pay to get in, pray to get out”!

Anguish and Popcorn screen tonight and Sunday evening in Scream Slate, our weekend takeover of Roxy Cinema. Saturday night we showHouse of Wax (2005) and I Know Who Killed Me (previously covered by Cosmo Bjorkenheim). All films are presented on 35mm, and members get free popcorn and a discount at the door. Previously scheduled screenings of Demon Knight and Def By Temptation have been moved to Friday, November 12. 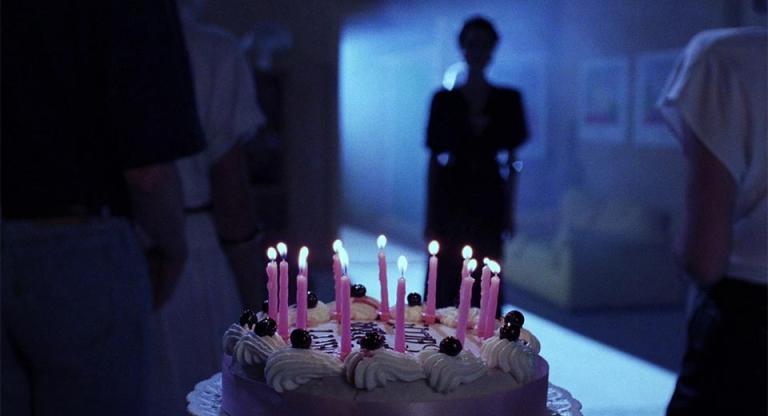 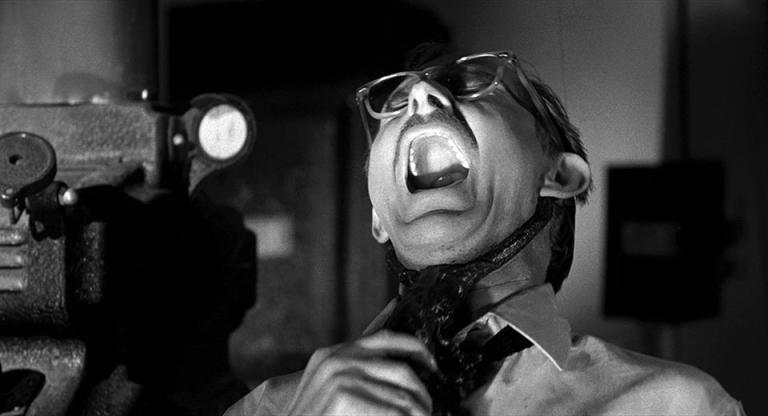