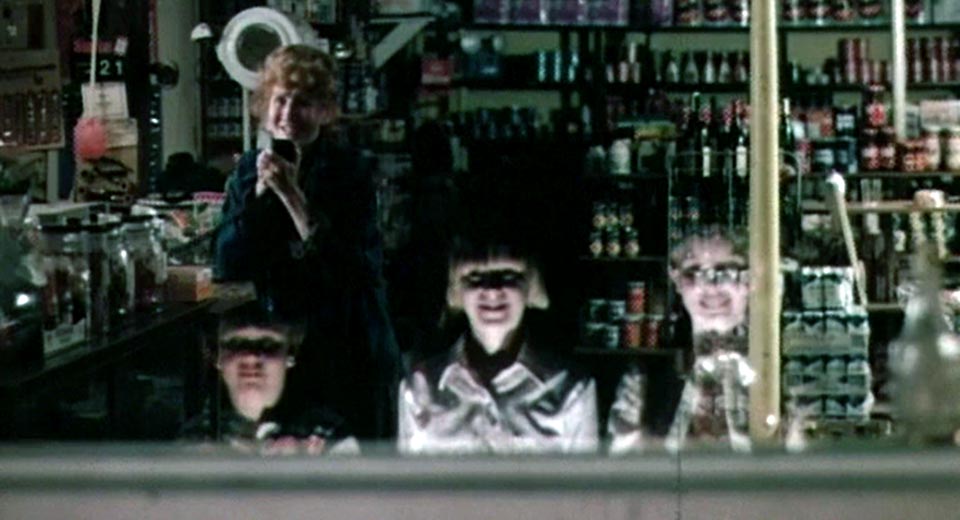 Appearing on drive-in screens barely a year after the Three Mile Island nuclear reactor meltdown in Pennsylvania in 1979, it’s tempting to view The Children as a low-budget response to that milestone environmental disaster. When I asked the director, Max Kalmanowicz, about my theory, he replied, “The script was written way before Three Mile. ... We began shooting after it. Blew my mind.” But even if the script predated Three Mile Island, it’s interesting in that it combines both the eco-horror and the child-as-monster subgenres into one campy package, recalling films such as Village of the Damned (1960) and Who Can Kill a Child? (1976).

Due to careless chemical plant workers in the fictional New England town of Ravensback (the film is also known as The Children of Ravensback), a damaged pipe leaks an enormous toxic cloud just in time to collide with a school bus on its after-school route. When the bus passes through the cloud, the remaining five children on the bus are transformed into pale, black-fingernailed zombies who burn to a crisp anyone they hug—their preferred method of killing. The children’s parents learn the hard way there is only one method that seems to stop them, which I won’t reveal here, but it is the toxic maraschino cherry on this this biohazardous cake of a movie.

Andrew Scahill, a lecturer in the department of English at Georgetown, discusses the film as a vital bead in the chain of queer cinema in his brilliant 2015 book The Revolting Child in Horror Cinema: Youth Rebellion and Queer Spectatorship, citing its upending of the normative parental-child relationship brought on by the child-as-monster. “Hugging = death,” Scahill writes, describing how the mode of killing by the child zombies takes the most basic expression of parental-child affection—the hug—and transforms it into a fatal embrace.

Troma Entertainment, with the assistance of writer/producer Carlton J. Albright, released a 25th anniversary edition in 2005 remastered from one of the only surviving prints, which was lost for over two decades. Despite its low budget, the movie gets the most out of its subversive premise and cast of genuinely creeptastic child zombies.