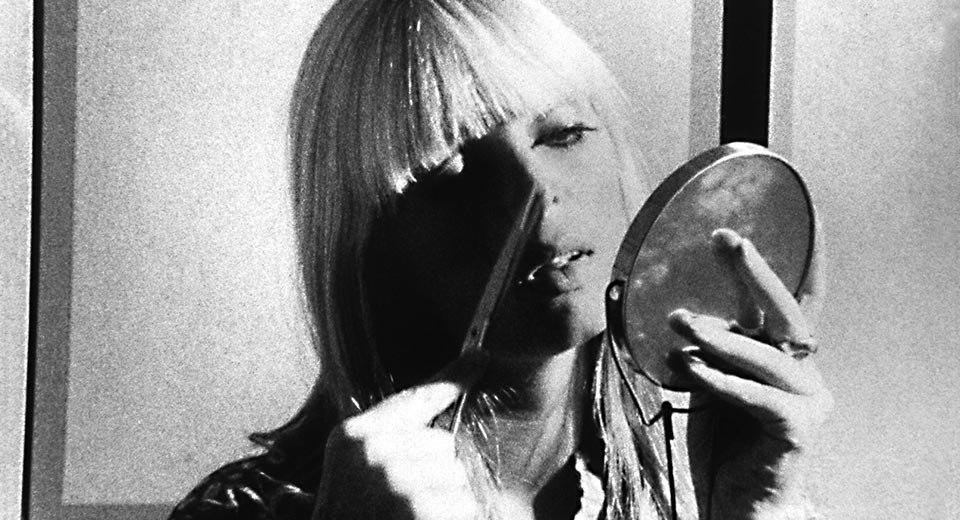 Fifty years ago almost to the day, Andy Warhol's first commercial success, The Chelsea Girls , premiered at Jonas Mekas' Film-Makers' Cinematheque on West 41st Street. Lucky for all of us, Mekas will be introducing the film at Anthology Film Archives tonight in celebration of its anniversary. After all, in the decades since it first premiered, The Chelsea Girls has been extremely difficult to see in large part because of its infuriating format: The film consists of 12 doubly-projected single-take reels that flicker on and off and in and out of sound based on a complicated set of instructions that can virtually never be replicated the same way twice. The Chelsea Girls is an embrace of human error, from the fumbles of even the most dexterous projectionist to the unedited footage Warhol shot with little direction (and a lot of fun with the zoom), until his camera ran out of unexposed negative.

Bookended by footage of Nico of the not-yet-well-known Velvet Underground, The Chelsea Girls is everything you might think of when you think of Vietnam Era New York City. The film shocked audiences outside of Greenwich Village avant-garde circles for capturing speed freaks and drag queens with a nonjudgmental, almost documentarian eye. But if Warhol had some idea of a story going in, it's utterly unclear what it was; the film is a mishmash of bored young adults (mostly) playing themselves, either in the title Chelsea Hotel or in Warhol's Factory. As the film drags on, you start to realize you're doing your own "editing" based on which reel you're looking at, which characters you're following, or how often you're checking your watch. It's as fascinating an experiment on screen as off.

And at three and a half hours long, The Chelsea Girls definitely tests the viewer's patience: it's narratively inscrutable, the sound is bad, and the characters bicker and even assault each other on screen. Viewers might murmur among themselves, shift in their seats, take frequent bathroom breaks, annoy their neighbors by checking their cell phones, or leave the theater altogether to go get a sandwich. Keep calm: This, too, is part of Warhol's fascination with the banality of being a person in front of a camera, or in front of the finished product. The ideal attendee ought to wear comfortable clothes, allow themselves to feel irritated, and nod off once or twice. You won't be the first.