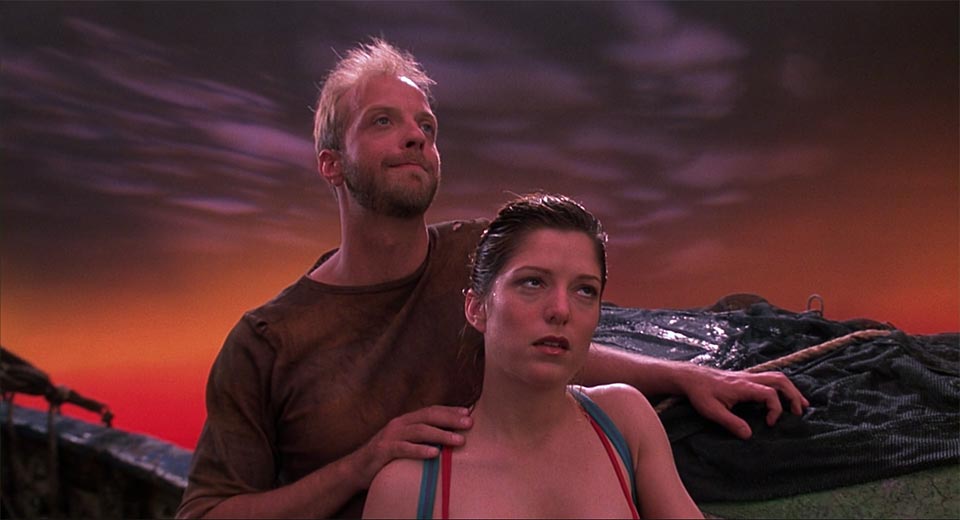 One of the most maligned works of this ilk was Cabin Boy (1994) an ill-starred vehicle for Late Night-alum Chris Elliott. He plays Nathaniel Mayweather, a wealthy ingrate freshly graduated from an academy for “fancy lads,” who mistakenly joins the crew of a fishing boat, The Filthy Whore. The crusty seamen spare no opportunity to disparage his dainty manner and he can’t resist issuing haughty reminder of their low station. Cabin Boy is essentially a comedy of manners stripped of all psychosocial nuance, but it offers more pound-for-pound fun than many straighter comedies with far more on their minds. Mayweather is a one-note character in a one-joke film, but the whole thing is kept steadily afloat by a giddy charm shared by Elliott himself and the screenplay he co-wrote with director Adam Resnick.

The most enticing aspect of the film is a warm silliness broad enough to include a six-foot-tall pocket protector, a man-shark hybrid, and a Rankin/Bass-inspired ice monster. Resnick and his production designers accentuate the artifice of cardboard sets floating within a poorly-lit studio tank. Deliberately shoddy in-camera effects and an unintentional reliance on wide, multi-character shots replicate the visual texture of low-budget television. The whole endeavor seems like a joke, as though an already meager sketch failed to heed its three minute expiration. That may sound like a nightmarish way to spend one’s evening, but Cabin Boy’s sloppy whimsy is an undeniable joy.