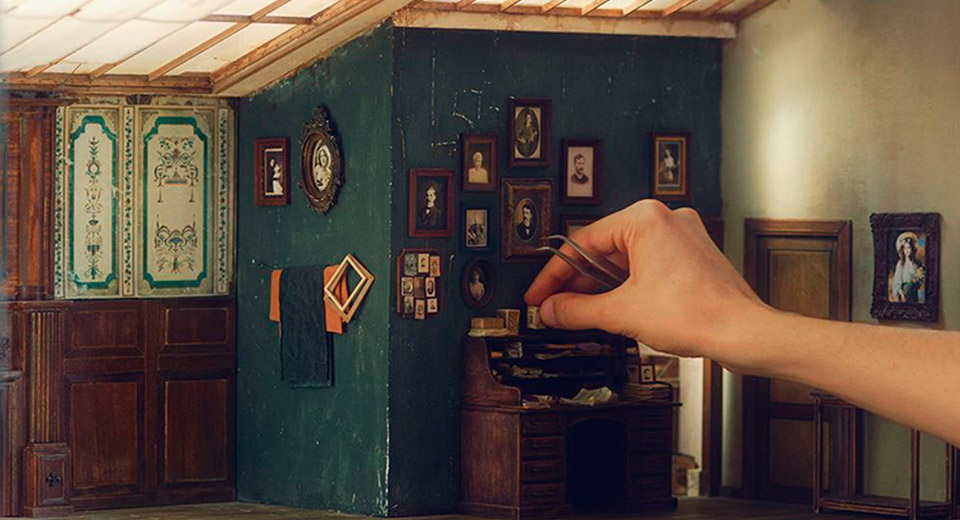 Screening tonight at BAM, The Bureau of Creative Works: NYC Shorts bills itself as "nine short films by a diverse network of emerging NYC-based filmmakers," which, while true, doesn't do justice to each voice's seeking to name something inarticulate. Amorphous ideas are prodded internally with the monologues of Agua Viva's nail technician and Nobody Loves Me's scrotum frog, observed unfolding in the dances of Yanvalou and Home Exercises or the onomatopoeic patterings of Lucia, Before And After, or shared subjectively with the dream-visions of The Joyous Farmer and Superior.

Opening with the most literal take, She's Revolutionary is a portrait of Me Too founder Tarana Burke. Its commercial feel and corporate sponsorship (wardrobe by Levi's) keep it tunnel-vision focused on the positive, but that fits Burke's determined optimism her daughters' generation would shed stigma surrounding sexual assault and move on to stopping it. Rebuilding In Miniature observes an Iraqi refugee who eases his uncertain present, and avoids reflection on a homeland he never felt was his, by pouring attention into scenes of times and places outside his experience. Even as he's unsure if it's attempt to project himself or obfuscate mixed feelings, he's certain these rooms will be his legacy.

Superior's stripped-down 'small town' aesthetic - paneled wood and hurricane lamps in thoughtfully sparse rooms - work better than its oddly escalating story of an identical twin wanting individual identity; the idea of a rural dad bringing a handsome youngblood home from the bar with two daughters at home begs belief. There's quite a bit of bisexual lighting throughout the series, with Lucia, Before And After taking the James Turrell award. While distracting, it doesn't detract from the short's quiet observation of the rippling effects legal stumbling blocks to women's reproductive healthcare have. The lighting works in favor for Yanvalou, contrasting cold office and lively dance class in the sweet story of a young man slowly learning the joys of physicality. Deliberate sound design adds comedy to his getting comfortable with and around bodies.

Agua Viva, named after beached jellyfish, fits the fluid, gorgeous animation of a drifting self contemplating tactility and existence. It complements the longest in the series, Home Exercises, which shows the aging bodies pondered in the former. A meditative, overall upbeat series even as it deals with heavy subjects, the Bureau makes good on its own title with this selection of shorts.