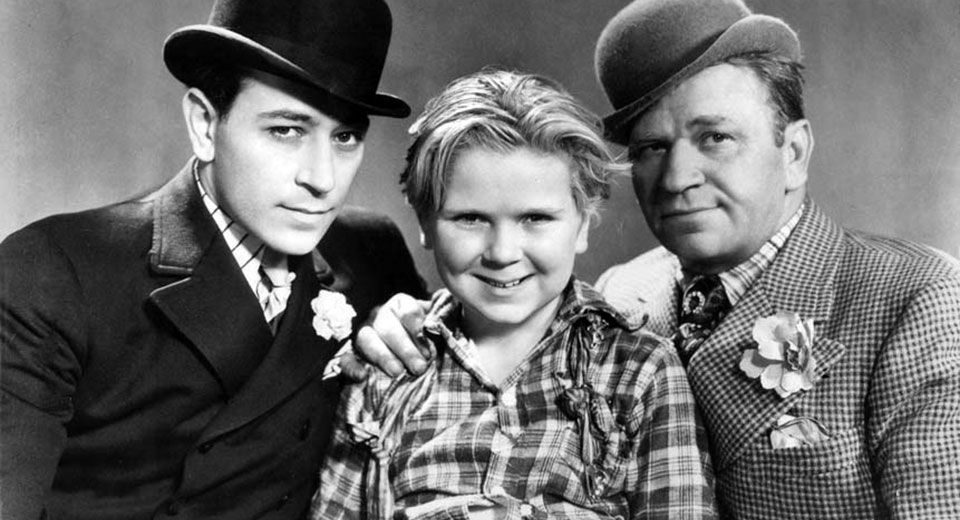 The lingering exoticism and externally-imposed mystery of “Chinatown-as-concept,” explored this month in Metrograph’s “Imaginary Chinatown” series, boasts a line-up of recent and established classics that examine American cinema’s decades-long fixation with the iconc neighborhood. Among the older entries is Raoul Walsh’s The Bowery, a pre-Code curio that, for all its zeitgeisty insensitivity, makes for a compelling patchwork tale of late-19th century New York.

The nucleus of this set piece is operator Chuck Connors, bar proprietor and all-around fixer, played by former elephant trainer and master oaf Wallace Beery. Connors’ supremacy is established with amusing economy: when he steps across the transom, a fireline of bottom-feeders scramble to hang his hat. Even among the actual Chinese residents of Chinatown, he manages to hold some authority, paving over squabbles with mangled pidgin Mandarin through a thick-lipped Irish brogue.

But for all his bluster, Connors’ tough veneer has a soft spot, of course, namely for the downtrodden and down-at-heel, perfectly exemplified here by street urchin Swipes (Jackie Cooper) and golden-hearted waif Lucy (Fay Wray). And it’s this rare vulnerability that, like many Bowery Bosses before him (cf.: Bill the Butcher in Gangs of New York, also screening), proves to be his very undoing. When rival bar owner Steve Brodie, snappily played by an oily George Raft, begins to muscle in on his romantic and professional territory, the kid gloves come off, and a rambunctious pissing content ensues.

With a filmography adorned by gangster pictures past (Regeneration) and future (The Roaring Twenties), Walsh is clearly in his element among the lords and ladies of the low rent set. All the drunken denizens of the Bowery’s lurid quarter mile are here, so much so that fans of Luc Santé’s mammoth account, “Lush Life,” will be busy keeping score. One by one, the notorious archetypes that color this scene swan across the screen; women of easy virtue, dropping hankies before cane-twirling gents, aggressive shmatte traders, promising to “make ye look chuss like de Bow Brammel,” even a woebegone bum, slumping his way into one of those mythic “Suicide Halls.”

Any viewer with a preference for pre-Code films knows this caveat all too well, but viewer beware: there are moments in this film that will be hard to swallow. Still, if you’re the kind of filmgoer than can keep your modern “takes” at bay, The Bowery has much fun in store for you. And while it’s hard to guess whether Depression-era viewers regarded the past with a jaundiced eye like ours, there’s no mistake about where director Walsh stands. The noisy beer halls and back streets of fin-de-siècle Manhattan, populated with chorus girls and chiselers, could – with a quick costume change – easily be mistaken for the street outside Walsh’s then-new offices on the Twentieth Century backlot.