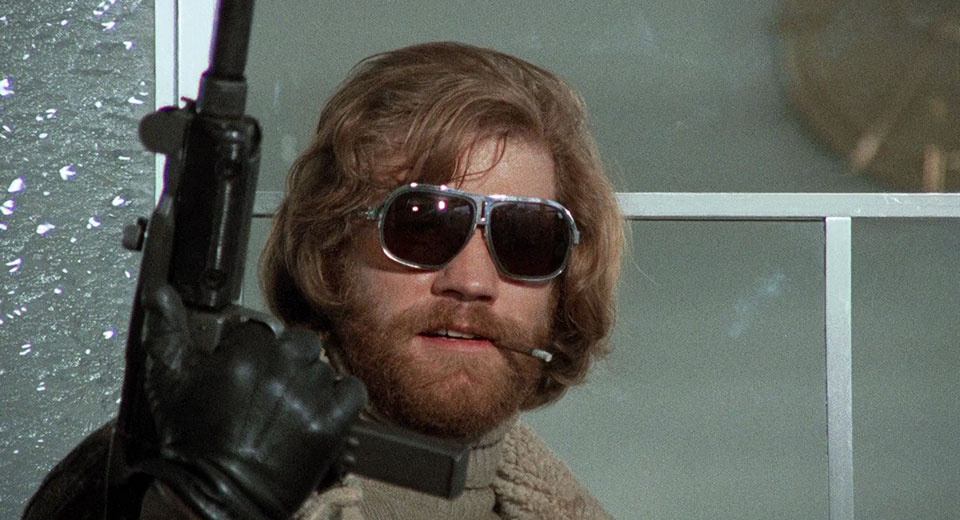 Even in an age of unprecedented accessibility — artisanal streaming sites, boutique distributors, and torrent trackers — a brush with German genre cinema can feel like genuine discovery. Many commercially successful in their time and place, yet at present failing to register a blip on most cinephiles’ radars, the films of maverick directors like Alfred Vohrer, Roland Klick, Roger Fritz, Klaus Lemke, and Eckhart Schmidt represent a sort of alternative counter-cinema to the rarefied and canonized likes of Kluge, Reitz, Wenders, Fassbinder, Schlöndorff, von Trotta, et al. But unlike their Italian counterparts, the spaghetti westerns, gialli, and poliziotteschi, German genre films have been largely neglected by programmers and distributors. “Fighting Mad: German Genre Films from the Margins,” a series at the Quad running May 17-23, provides some redress with a handy survey of West German and post-reunification thrillers, crime films, horror movies, and a touch of sleaze.

Today, Jon Dieringer provides a long form essay on the series, which you can read here. He also previously interviewed Irmin Schmidt of Can, who composed the soundtracks of several films in the series.