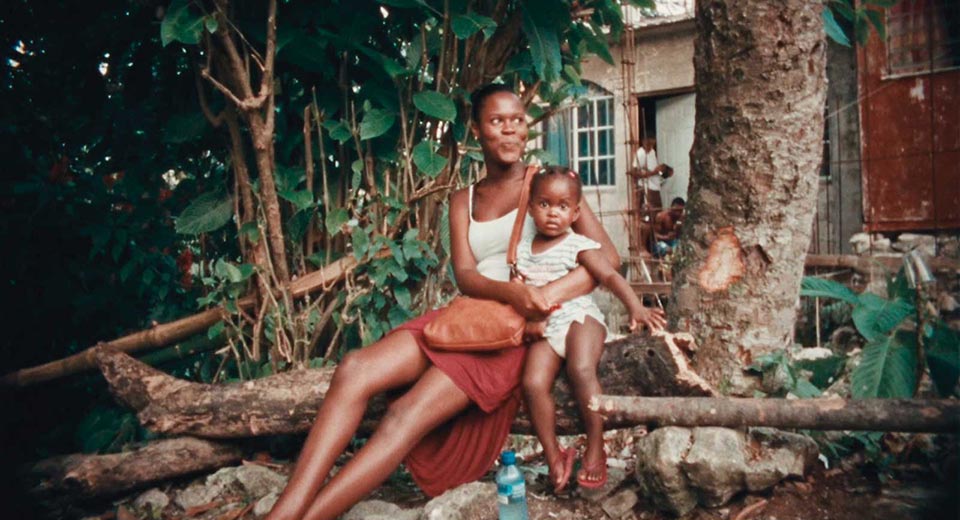 Khalik Allah departs from his visual diary of 125th Street and Lexington Avenue, Field Niggas (2015), and travels to Jamaica for his new film, Black Mother. The official synopsis calls it "part film, part rhythmic baptism," but it's also a travelogue, a history lesson, a sermon, and an act of remembering — all rolled into one watery narrative that flows on incessantly.

In Allah's distinctive style, the camera travels through road after road as people pose in front of it as if sitting for still photographs. The camera focuses on their faces and bodies while unsynced voices in the background speak about religion, spirituality, women, beauty, Kool-Aid, and other things. Employing formats ranging from old home videos to 16mm film and newer, sharper digital footage, Allah packs in a narrative that connects Jamaica's past to its present and future.

It goes back to the country's emancipation in 1838 and pays homage to the legacy of a lineage of Black activists ranging from Marcus Garvey to Malcolm X. As it celebrates the radicality of the Jamaican identity, Black Mother also grieves at the many ways the country continues to suffer. Allah speaks to multiple prostitutes who not only fight poverty but also the society's moral judgements. It captures people suffering abject poverty and living with various injuries and handicaps. While being sympathetic to its problems, Black Mother also revels in the country's soul that is entrenched in spiritual wisdom and an unwavering faith in the future.

The film is a dirge and an ecstatic celebration of birth at the same time; at once grieving and celebrating the end and the beginning of life. Segmented into trimesters, the film is a painstakingly recorded, patient document of the immense pain, faith, and joy that accompanies the birth of a baby, a dream, and a nation.

May they all thrive.