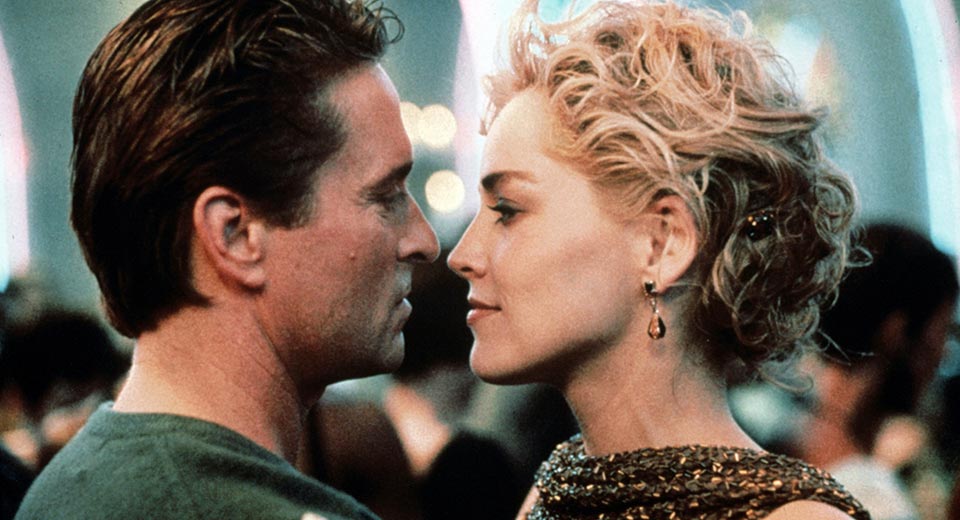 As is obvious from the plot echoes, bay-area color palette, and delicately coiffed blondes, Basic Instinct  is an homage to the most recent Sight & Sound Top 250's number one pick, Vertigo, but with that essential Verhoevian twist: it brings to the surface and exposes—beyond precedence—the pathological sensuality simmering barely beneath the obsessively controlled surfaces of Hitchcock's dirtiest film. Screening today and Saturday as part of Lincoln Center's Paul Verhoeven career retrospective, which doesn't shy away from the director's more low-brow fare (reminiscent of another recent re-evaluation of a Hitchock-inspired auteur, Brian De Palma), it's a dated satire that is refreshingly untimely for the moment.

It sounds just like the neo-noir erotic thrillers that thrived in the VCR heyday of the late 80s and early 90s: a rockstar is violently murdered amid what was once considered kinky sex. A cop with a troubled past is assigned to the case and quickly finds himself enthralled with the number one suspect: the beautiful blonde ex-girlfriend, a Berkeley-educated, millionaire crime writer who just may have written about this very murder a year before. But Michael Douglas isn't all that cool (that v-neck sweater), and the femme fatale is bisexual, and the stakes seem to dissipate against the bland cream-colored walls of their beige coastal homes, so devoid of mystery, so unlike that ill-fated Mission.

Basic Instinct is most famous for two things: being protested by an LGBTQ community opposed to its murderous queer characters, and its explicit sex—both seemingly crowned by Sharon Stone's exposed labia. It's this latter controversy that's now most memorable and easily the most enjoyable aspect of the film. But there's something troubling about those hairless, not-too-muscular bodies in rhythmic motion, gender roles still essentially intact. Basic Instinct was the height of American VHS softcore, rentable at your nearest Blockbuster, ringing the death knell of its steamy, suburb-safe kind. A mere four years later James Spader was fucking a puckered wound on Rosanna Arquette's leg with a confusion and helpless abandon without match and the femme fatale no longer had the cultural cache to drive a sex scene. Basic Instinct isn't not funny, but it's not anywhere near as funny as 1998's Wild Things or the absurd acrobatics of Verhoeven's own Showgirls. On the eve of a truly nightmarish "making great again," let's insist on never being that uncontroversial again.