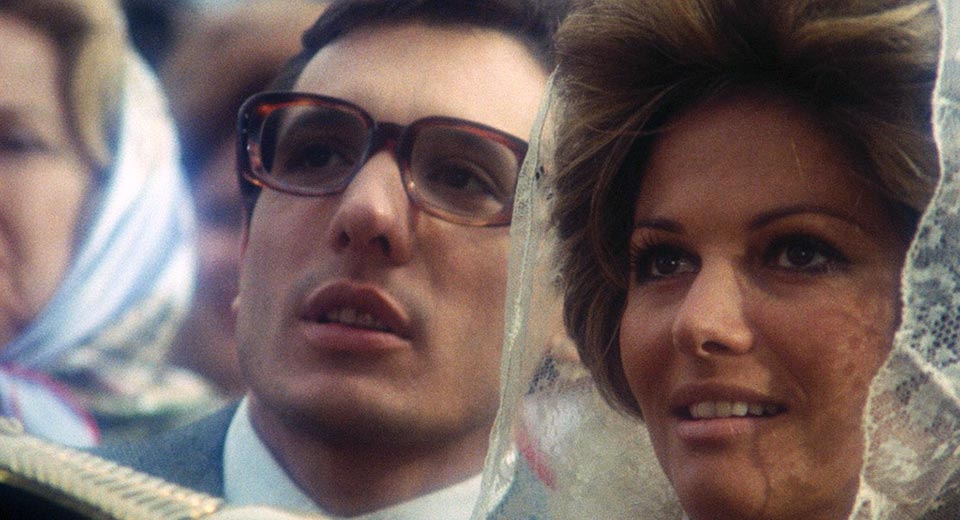 "There's nothing Kafkaesque. Formalities, just formalities!" Ugo Tognazzi's police inspector shouts in the opening scenes of Marco Ferreri's The Audience. It sets the ironic tone for Ferreri's riff on Franz Kafka's The Castle, featuring Italian rock star Enzo Jannacci as Amedo, a young naif whose stubborn desire to get a private audience with the pope sends him ping-ponging across the Vatican through a mess of religious and state bureaucracy.

The only human response to the madness of bureaucracy is often more madness, and Amedo's efforts grow ever more quixotic as he's resigned to yelling at the pope from amidst the crowd of worshippers. When he falls in with Claudia Cardinale's wise prostitute, the film can't help but send up his masculine posturing. For all his claims towards piety, it takes mere seconds for him to suggest throwing the pope off a cliff if it leads Cardinale into bed with him.

Filled with the sort of bumptious men that are Ferreri's stock and trade, the film openly skewers both the papal order and the government which surrounds it. Blundering incompetents like Victorio Gassman's foot-obsessed general ("those beautiful plebeian thighs!") are good for little more than lectures on colonialism, while the film's sole cardinal is abusively fickle and can only be placated by a tin of lemon drops. These Bunuelian absurdities are only heightened by the garish Renaissance-era garb of the vatican guards, which lends the film a touch of readymade surrealism. This farce of piousness reaches its zenith during a trip to a monastery full of political dissidents. When the asceticism of the church leaders clashes with the hunger strikes of the communists, both sides are left arguing over the same thing.