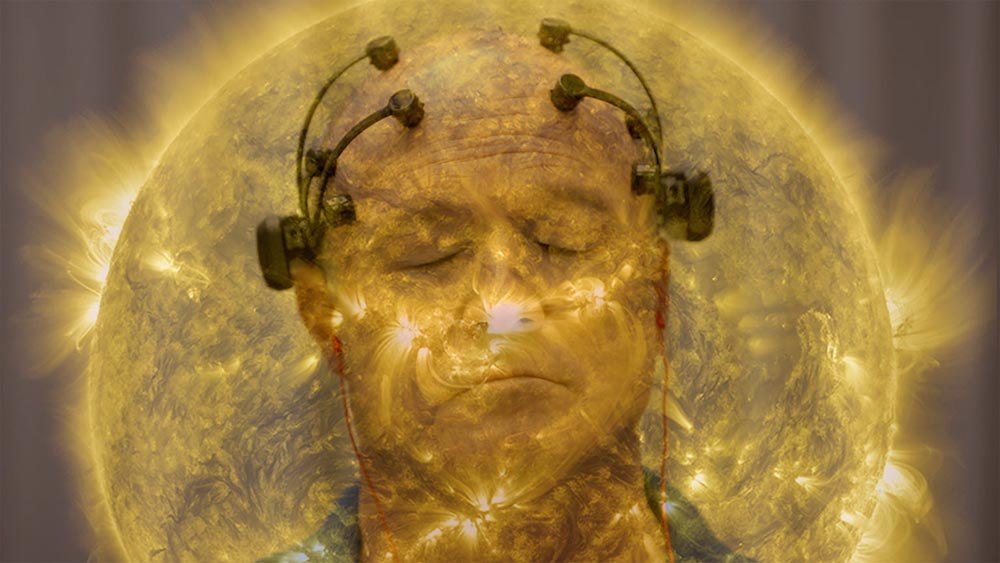 Early on in Theo Anthony’s excellent documentary, All Light, Everywhere, its narrator spells out its thesis succinctly: “Any measurement is only as accurate as the measuring instrument.”

If Rat Film explored how those in power create the narratives required to oppress those they seek to control, and Subject to Review navigated how imperfect all forms of perspective are, Anthony’s latest film is a perfect comingling of the two — an exploration of how everything we use to present a certain truth is shaped by the way we attempt to capture it. Surveillance and violence are depicted as inherently linked as the filmmaker details the long history of photography; long since the days of pigeons and cameras shaped like gatling guns, each technological innovation pushes society further into a police state that only benefits those with the power to shape perception.

All Light, Everywhere is as bleak as it sounds, but the disquieting presentation of its damning footage is exactly what makes it so compelling. Despite appearing impartial at times with interviews — particularly those who hold the tools to control us, like the creator of Baltimore’s spy planes and the leadership at body cam manufacturer Axon Enterprise — its every frame is deeply critical of how these inherently racist systems function.

Each scene of an officer or designer explaining the function of a body camera is followed almost instantly by its limitations being highlighted. The goal is not to capture things as they are, but as a mirror of what the wearer witnesses, thus creating protection for those who wield the lens/gun and not those being shot. Cops on screen are shown adopting new policies and forms of recording with outright disinterest, more focused on gossiping, joking, and scrolling through their cell phones than being taught how to manipulate this footage for their benefit.

These scenes exist in direct contrast to excerpts of a community meeting where members of the public engage in heated discourse about how private individuals are being tricked into doing the work of corporations. Amidst all the shop-talk about safety and protection from corporate mouth-pieces, it is refreshing to hear voices (some from blurred faces) actively speaking out against the development of technology whose sole purpose is to deter crimes (something which numerous figures note is meaningless in a world where people are trying to survive in spite of the consequences that visibility presents).

But what’s most intriguing about Anthony’s film is the way he incorporates himself and his crew, forcing the viewer to question what is being presented. If the entire film is meant to be about how we perceive things, his decision to showcase behind-the-scenes footage like an Adobe Premiere editing screen and the way they execute a dreamy sequence with floating objects in an interview room, this deliberate breaking of the fourth wall is essential. It is a reminder that there is no such thing as impartiality in documentary filmmaking, as we are always at the receiving end of what the director has created.

All Light, Everywhere is a scathing indictment of those who have the power to shape public perception. But the most disheartening thing about it is, that no matter how much context and history we are provided with as a viewer, the film implies that there is no real escape from the surveillance state that, with the growth of artificial intelligence, may someday surpass the control of those who currently wield it.