The Activist Videos of Carole Roussopoulos: Program I 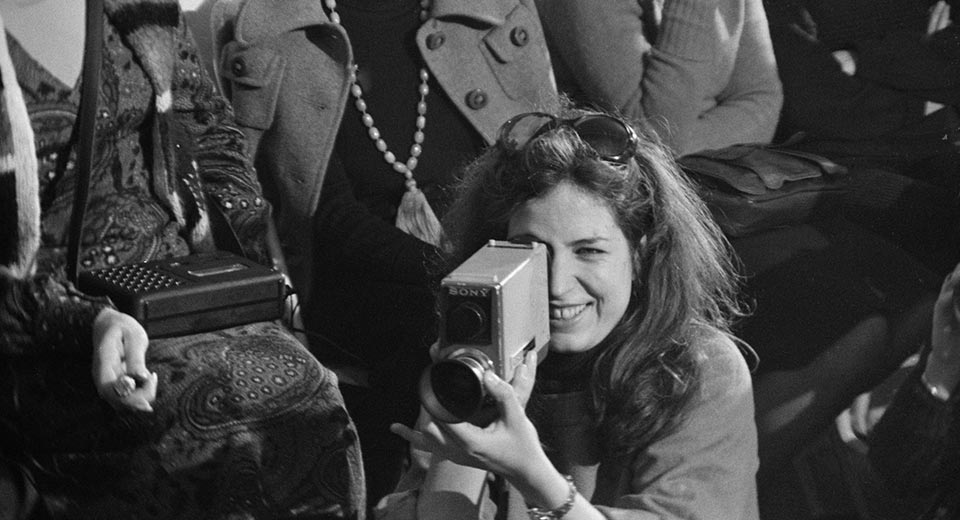 Thousands of women want to scream! One lone woman can speak...

The solitary voice of femininity that the bombastic, hand-drawn intertitles in Maso et Miso vont en Bateau  (1976) are alluding to is Françoise Giroud, who, at the time, held the position of the French Minister of Women’s Rights. At the close of 1975, dubbed International Women’s Year by the United Nations, Giroud appeared on a French television special hosted by journalist and talk show personality Bernard Pivot, the idea being to essentially surround Giroud with a host of celebrity misogynists (“misos”) and goad her into a reaction. The “maso” of the title refers to Giroud, gleefully playing the role of a willing masochist.

Maso et Miso is essentially a fifty-minute remix of Giroud’s grilling. Moments are looped and rewound, handwritten messages are dropped into frame (they begin slyly snarky and reach a pitch of pleading desperation), moments are blown up or superimposed. Occasionally the filmmakers will dub in their own voices (“did she say seriously or submissively?”) or the camera will cut to the four women watching on monitors, ironically cheering and singing that “everything is fine.” As funny as it is soul-sucking, the film serves as a razor-sharp indictment of the idea that one women can serve as a metonymic stand-in for all of femininity within a patriarchal state.

In an interview with the French journal Nouvelles Questions Féministes Roussopoulos claims that the film was the first video ever played in a cinema in Paris, and that news reached Giroud, who asked that the film cease to be shown. “You don’t say that to someone like Delphine,” Roussopoulous remembered. “She said, since she threatened us we should play the film twice as long.”

Roussopoulos was an ardent chronicler and archivist of the women’s movement in France, and shot north of a hundred documentaries during her lifetime. Anthology Film Archive’s rare survey of her work pairs Maso et Misowith Rossopoulos and Seyrig’s iconic visual rendering of Valerie Solanas’ SCUM Manifesto  (1976).