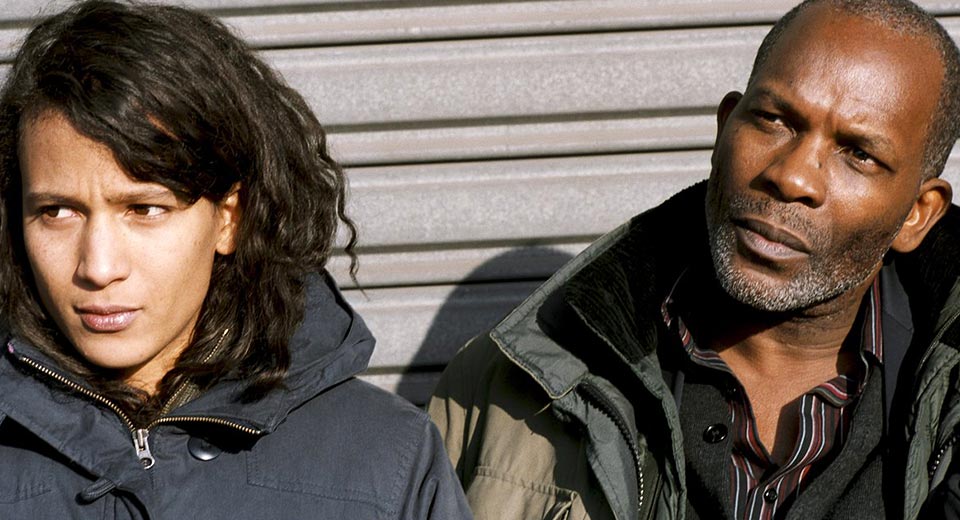 In 35 Shots of Rum, Claire Denis focuses on the transitory nature of routines we might feel, or wish, could last forever. The film caps off the opening night of the Film Society of Lincoln Center's "The Female Gaze" series, which foregrounds a selection of female cinematographers' techniques and perspectives; Agnès Godard, the film's DP and Denis's frequent collaborator, will give Q&As at both of tonight's screenings. (Beau travail plays at 7:00 pm.) Godard's camera nestles into this film, as though collecting flakes of intimacy that coalesce into characters' broader relationships. Through these seemingly small moments, 35 Shots takes us through a tender turning point for its characters—an interstitial space between "before" and "after," where neither has quite been spoken aloud.

Alex Descas and Mati Diop are wonderful together as Lionel and Josephine, a widowed commuter train driver and his daughter, who share a flat in Paris. Their day-to-day life is pleasant, driven by muscle memory: cooking, laundry, coat hooks. But Jo, a grad student in anthropology, has grown up, and Lionel worries that her doting might be keeping her from embarking on a phase of life beyond their nest. Framing these sentiments as pure plot loses sight of the manner in which the story is told: through incidents and nuances that may seem everyday when described, but become pointed, or even uncanny, in context. Early in the film, Noé (Grégoire Colin, of Beau travail and Nénette and Boni), a neighbor holding a torch for Jo, glances down the hallway as he passes Lionel and Jo's apartment. He hears music playing faintly behind their door. Emphasizing the depth of the hallway in a shadowy wide shot, Denis keeps him at a distance, as though a forcefield prevents him from moving towards the sanctum that Lionel and Jo have built for themselves.

The arc pays homage to Yasujiro Ozu's Late Spring—Denis said Descas often reminds her of Chishu Ryu in their shared "sort of aloofness, or secret"—while also inspired by the close relationship between Denis's grandfather and mother. With a compassionate eye towards the significance of their characters' transition, Denis and Godard infuse their story with a warmth that deepens over its runtime, which adds a preciousness to all that's come before. Jo asks Lionel, "We have everything here; why leave?"; the film explores that "why."