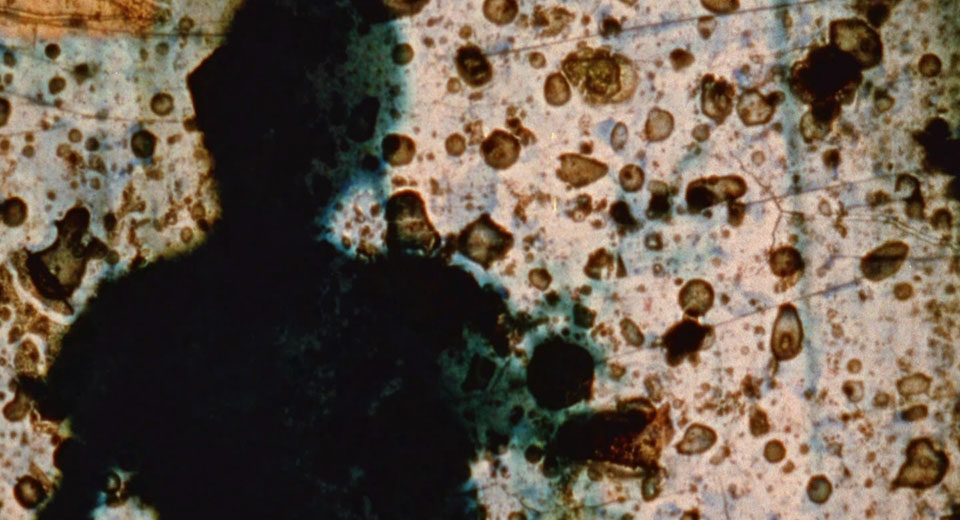 A soldier in uniform and tin helmet leans over a small wooden box with a lever. When he pushes the lever the small hill in front of him explodes in a cloud of gray smoke, and the visible aftershock, which he didn't seem to expect, knocks him sideways, leaving him sprawled on the ground. Coming only a few minutes into the opening sequence of Stan Brakhage's 8mm masterpiece 23rd Psalm Branch, it's the perfect self-implicating metaphor for both the artist and his century as the isolated man completely flattened by the repercussions of a small gesture. It is also an image of human folly, stupidity, and war. We should recognize it. And Brakhage, or Brakhage's subconscious, surely recognized in it an echo of the America and the world outside his door, that in 1967 was already plunging back into the mass-delusional nightmares of his childhood.

The barrage of images of industrial-scale war, mass rallies, and the atrocities that defined the first half of the 20th-century continue through the film's first reel—we see the stacked corpses in the camps, gun batteries pounding targets, explosions, airplanes, sinking ships. But intercut between these images are the filmmaker's own color glimpses of a car ride through the snowy Colorado mountain country where he lived, and one of the first examples of Brakhage painting directly onto film—a technique that would later become one of the major obsessions of his life, and which he claimed to have first seen done by his close friend, the artist Jerome Hill.

In the second reel Brakhage shows us more views from home, portraits of his children and wife in cozy cabin surroundings, and footage of a trip to visit his friend, and fellow filmmaker, Peter Kubelka in Vienna, home of his hero Freud. In one sequence we see Kubelka walking hand-in-hand with his child down a wet sidewalk, only to be invaded by images of Hitler and company marching, arms raised, possibly down that same Vienna street. When Hollywood tries to portray that same image we wind up with Spielberg's colorized red coat; Brakhage leaves his 8mm images bare, and the effect is as tender and horrifying as everything that we mean by that word “history”.