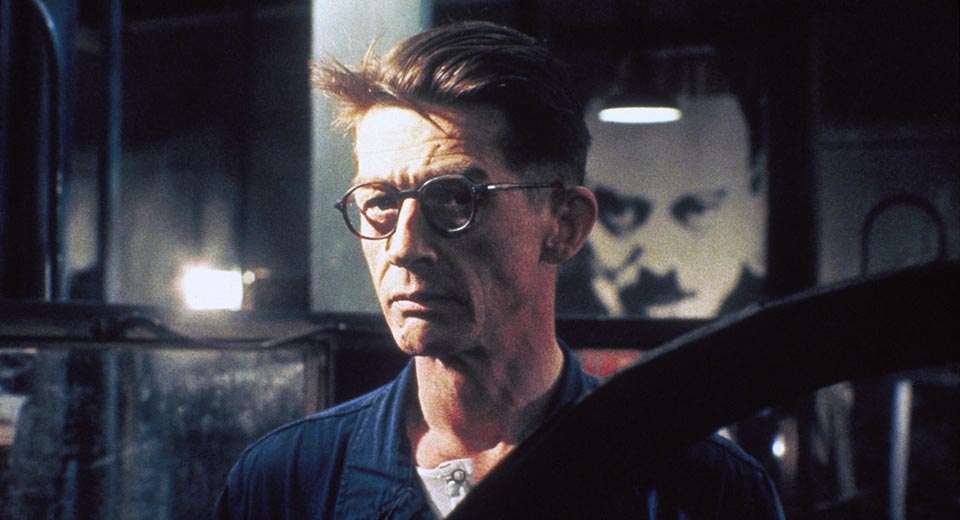 Over the past couple of months, whenever I’ve told someone I’m reading George Orwell I’ve gotten the same commiserating gesture that’s somewhere between a nod and a shake of the head that says, “I know—these times we’re living through.” The most potent told-you-so symbol of the American political situation of right now is supposed to be Orwell’s near-future forecast 1984 . (As an experiment, read it during your commute or in the park and see how many conspiratorial nods you get.) Having to confess that I’m not reading 1984 but one of Orwell’s earlier novels has taught me that the bulk of his fame rests on this high school syllabus staple.

But why did it take the Trump ascendancy to make it blow up again in such a big way? I would be easy to point to Obama- and Bush-era developments that already more than qualified today’s surveillance state as having surpassed Orwell’s imagination. To be fair, sales of the book already jumped by nearly 10,000% in 2013 after the Snowden leak, but somehow this statistical event had a less noticeable effect on my day-to-day experience. Maybe some of the other conspicuous features of the world of 1984 are finding more resonance in the reality of 2016, like the top brass-orchestrated disinformation campaigns and the charismatic leader phenomenon.

Today, “over 180 art house movie theatres across the country” are participating in an act of culture-industry rebellion by screening Michael Radford’s 1984 adaptation of 1984 , starring John Hurt as Winston Smith and Richard Burton as O’Brien, for free in some theaters and on behalf of various charities in others. (It screens on 35mm at Anthology Film Archives and Nitehawk and Blu-ray at other venues.) Its organizers intend for it to be an opportunity to collectively figure out if Orwell’s parable can teach us anything that we don’t already feel in our bones.

Radford’s ambitious goal was to have his shoot coincide exactly with the period portrayed in the novel: April through June, 1984. This should lend a near-unmatched authenticity to the adaptation, almost like being able to really travel back to 1794 to film Danton, in reverse. But Radford posed himself another challenge: to portray 1984’s projected future through the lens of Orwell’s own 1940s imagination. That decade is a lot more present than the 1980s, which really only make themselves felt through Eurythmics’ synth-heavy score (which, besides, is heard only intermittently). The ubiquitous telescreens are ovoid like early television, the men’s haircuts are mostly side-parted long-on-top fades, all written messages are in the Courier typeface familiar from analog typewriters, official requests are communicated using rotary dials, and the hyper-mediatized war with Eurasia/Eastasia is fought using propeller-planes and tanks. But maybe most improbable aspect of a regime that aims to track each of its its subjects’ movements and transactions is that cash still exists. This enables Winston to wander into a proletarian junk shop and buy a notebook without the Party’s knowledge (debatably).

Instead of making it feel like significant liberties were taken with the source material, these production design choices create an impression of near-complete fidelity. Rarely does the experience of watching an adaptation feel so close to the experience of reading the book, although Orwell’s vivid descriptions of pain and the desperate desire to escape it could have been rendered more engrossingly. If one significant difference had to be picked out, it would be that the sets communicate more Soviet squalor than British drabness, which Orwell’s descriptions of future-London’s apartments and offices are drenched in.

If you want to be a teacher’s pet, prepare for tonight’s screening by reading two of Orwell’s essays: “James Burnham and the Managerial Revolution” and “Politics and the English Language.” The first is a response to an American political theorist’s book about the approaching geopolitical order whose outlines became those of the world of 1984 (for example future wars being limited to proxy wars between a few superpowers in their current and former colonies). The second is an analysis of the degradations that the English language suffers at the hands of political writers and literary critics, many features of which are recognizable in Newspeak (such as the unthinking use of ready-made phrases).