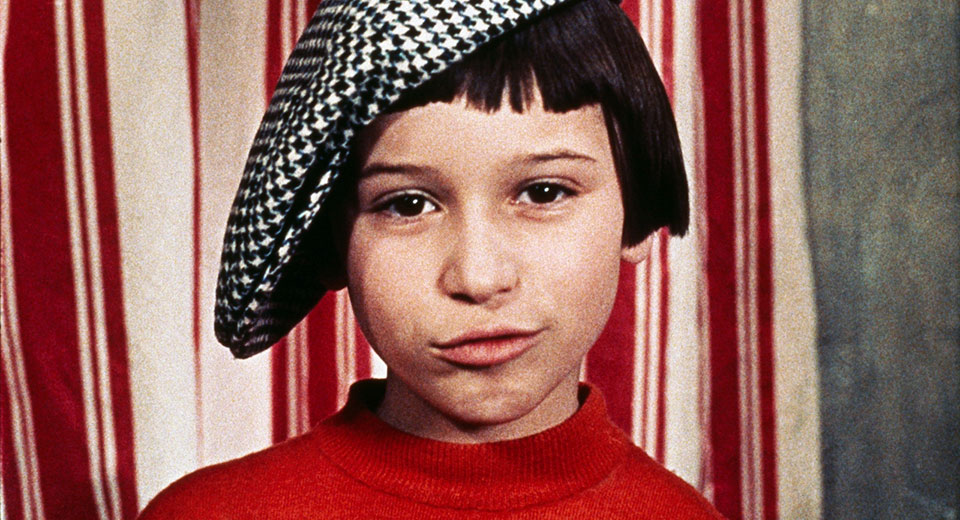 A precocious tomboy’s rogue travelogue through Paris that suggests an anarchic union of Mack Sennett and Chuck Jones, Zazie dans le Métro may the single film most finely attuned to both childhood and adult sensibilities. Adapted from from soon-to-be Oulipo co-founder Raymond Queneau’s commercial breakthrough novel by director Louis Malle, it charts the adventures of the title’s foul-mouthed preteen heroine, a small-town girl who has been left in the care of her uncle for two days while her mother runs off with her lover. Her greatest wish is to explore the city underground—but a métro strike has foiled her plans, sending her spinning through the streets with a snowballing roster of eccentric characters.

Zazie screens as part of the Quad’s retrospective of William Klein, who is given the title of “Artistic Consultant.” Despite the nebulous credit, Klein’s mandate seems to have been broad: his creative fingerprints can be identified in every facet of its production, from the outsized wide-angle photography, to the stripes and checkers of the wardrobe, to the carnivalesque gaggles of sartorially conformed extras, to the discriminatingly crafted entropy of the set design. Beyond reflecting Klein’s aesthetic sensibility, the movie’s flippant disregard for conventional respect paid toward French history, culture, and—above all—language is kin to the radical contrarianism embodied in much of Klein’s own later work as a director.

It’s both fascinating and somewhat ironic that Zazie was released the same year as Breathless. They share an affinity for self-styled outlaws, a hunger to bring the city to life, and lots and lots of jump cuts—yet all to different effects and ends. But significantly, Zazie's potent and singular combination of the sensibilities of Queneau, Malle, Klein, and star Catherine Demongeot—in the kind of perfect performance that seems to be a form of pure cinema unto itself—are as compelling a potential repudiation of auteurism as one could ask for.