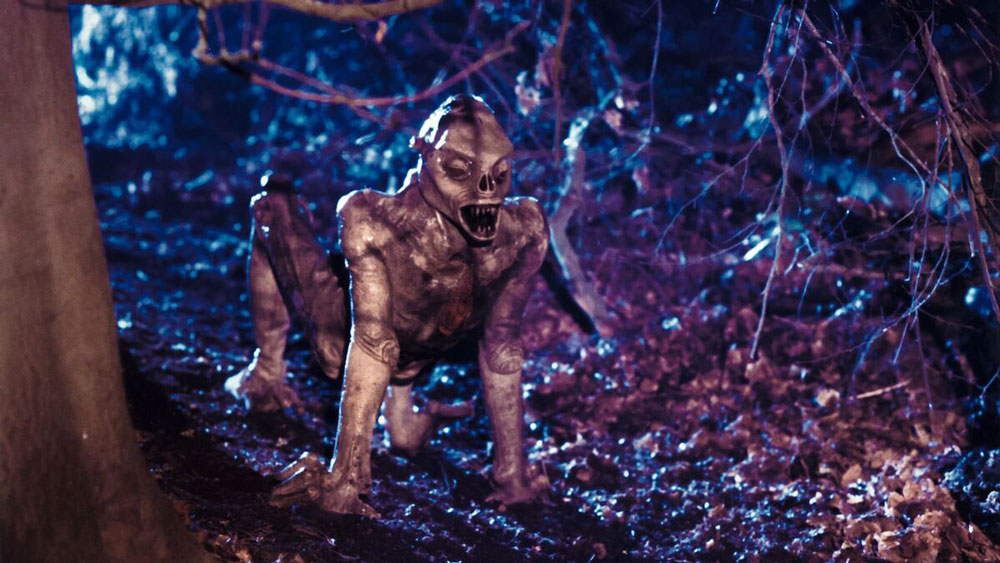 A boy and his father are playing fetch with their dog outside a rambling brick cottage in the English countryside when dad throws the stick a bit too high, apparently causing a rift in the space-time continuum into which he is drawn with a brilliant flash of light. So opens Xtro (1983) and little Tony’s explanation for the disappearance of his father three years ago, despite his mother Rachel’s insistence that he abandoned his family in the traditional sense; the two live in the city with mom’s boyfriend Joe, with whom Tony steadfastly refuses to connect, and Analise, the sexy young nanny who seems to offer little assistance around the flat and even less attention to her troubled charge. Tony is plagued by increasingly intense nightmares, and suddenly dad Sam reappears, ready to inconveniently insinuate himself back into his family’s life whilst claiming no recollection of his time away.

Such is the set-up of a rather standard kitchen sink drama, were it not for everything else that happens in Xtro. From one of the (top three?) most uncanny cinematic crab walks, performed by a sharp-toothed, red-eyed creature in the woods, to the transformation of the nanny’s corpse into an egg-funnel cocoon, and most famously the instantaneous conception and birth of a full-grown man (the scene for which Xtro was added to the “Section 3 Video Nasties” list and subject to confiscation, though perhaps less potent for viewers of this year’s Men), the film features a wild array of disgusting effects that populate a world of increasing terror and decreasing logic. Tony delights in his father’s return—despite catching Sam gulping down the pet snake’s eggs—and gleefully discovers that their reconnection has ignited a newfound ability to psycho-kinetically manipulate his toys and transform them into lifesize killing machines, with which he exacts revenge for the petty neglect and frustrations that plague his rather ordinary, if sad and confusing, existence. The mayhem escalates when Sam and Rachel abscond to the country cottage, leaving Tony to his own vile and neon-lit devices.

Xtro was criticized on its release for capitalizing on the popularity of E.T.: The Extra-terrestrial (1982)—an easy connection to make based on the similarities in title and protagonist and the assumption that Xtro features aliens. But the two films couldn’t be more distinct in their approach to the inner workings of a child of divorce’s mind and what sinister dreams it could produce. A more fitting comparison might be to the Joe Dante–helmed “It’s a Good Life” segment of Twilight Zone: The Movie (1983), in which a six-year-old boy terrorizes his family with limitless powers and violent imaginings; both films portray a comparably bleak and stylized view of the way in which cartoons and stuffed animals might come to terrifying life if an unhappy child were in charge. And both are uniquely, hauntingly unsettling more than they are scary.

Or Xtro may be an abduction film with folk-horror trappings, or a dark cosmic-horror story similar to Hellraiser (1987), one of the few other English films in the genre released theatrically in the UK in the 1980s. Though the disorganization and irrationality of Xtro’s plot allow for plenty of such interpretive speculation, the film is, in the end, best appreciated for its supreme weirdness and unflinching depiction of the evil of which little children are capable.

Xtro screens tonight, September 21, at IFC Center. It will be followed by a discussion with critic Amanda Hess. 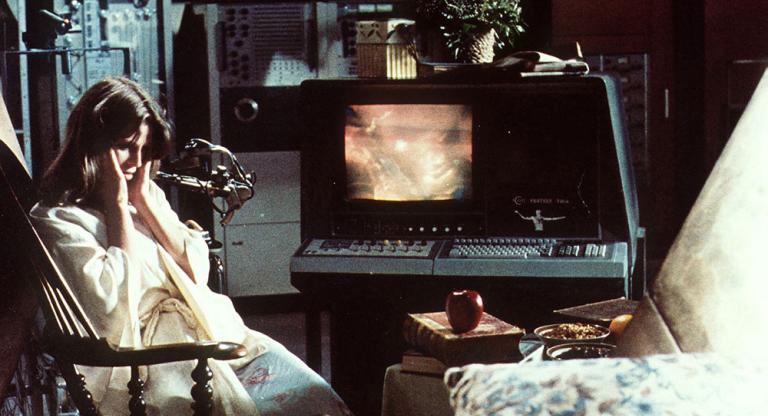