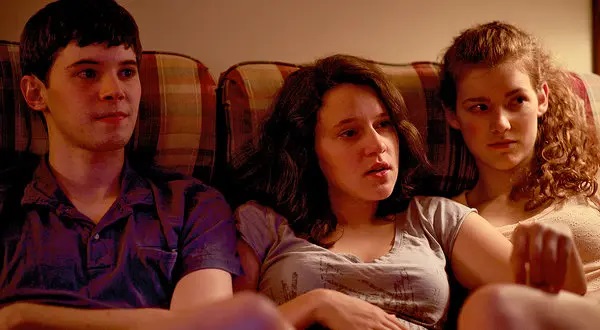 Filmmaker Stephen Cone likes to overturn expectations. He bases a summer, coming of age film in the American south, around a religious set of teenagers and adults, and avoids playing into easy genre tropes. The Wise Kids (2011) follows Tim (Tyler Ross), Brea (Molly Kunz), and Laura (Allison Torem), church-going teenagers, enjoying a summer bookended by the end of high school and the beginning of college.

Cone is a master of restraint as his storytelling always manages to portray extremely emotional moments without falling onto the crutches of overt melodrama; there are no yelling teens, no locker room jealousies, and no frustrating generation gaps between the kids and the parents. For a film that could’ve been a rife playground to play out cliches of the bigoted Southerner, homophobic churchgoer, and irrationally angsty teenagers, The Wise Kids stands out for its sensitive and humane portrayal of characters, young and old, as they try grappling with the changes the summer throws at them.

Of course, there are existential crises. Brea, the preacher’s daughter whose sun-soaked angular face sometimes makes her look like she has stepped out of a Renaissance painting, grapples with her faith, questioning the very truths that have stood as the basis for her and her family. Laura, the ever-faithful, struggles to hold on to the slipping sand of time she has left with the friends she has known all her life. To make sense of the dawning of impermanence that teenage brings into our lives, she turns to what she knows best—religion and tries her best to obey. Although the word “gay” is used exactly twice in the film, it is Tim’s coming out that acts as the focal point of this coming of age film. Again, this is not a big earth-shattering revelation, never big enough to overshadow his faith or love for god or the people around him. As the summer rolls into winter, Austin (the church musical director played by Cone himself) reminds us that the kids are alright and it is actually the adults who could do with a little help with life.

Cone, who grew up in the south with churchgoing parents, has a way of (very softly) dissociating his stories from the terrorising bigoted machismo that social polarization has reduced religion to. He has a similar rehabilitation for the “woke” liberals too. Like The Wise Kids’ summer in flux, Cone’s other films like Henry Gamble’s Birthday Party (2015) and Princess Cyd (2017) too occupy a quiet liminal space that blurs binaries between adolescence and adulthood; sexuality and faith; believing and non-believing. Like summers, his films pass us by just when we begin to get used to them, leaving us, ever so gracefully, with the warmth we need to battle the winters of our lives.

The Wise Kids is streaming on the Criterion Channel