The Winds that Scatter 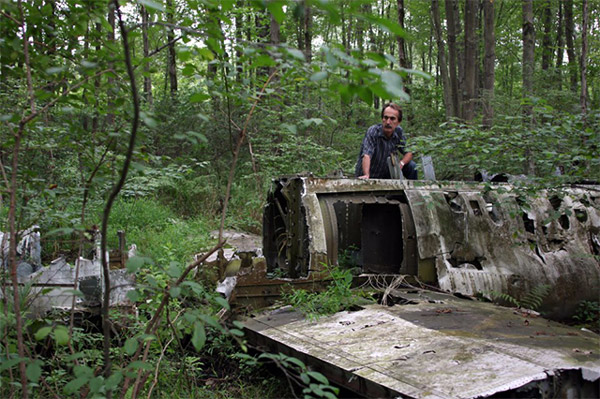 A brief prologue of shelled streets and a Syrian refugee camp sets the tone for the reluctant emigration of Ahmad (Ahmad Chahrour), a Syrian man who has fled his country and landed in New Jersey. Ahmad is no longer young and he is alone, living first in a basement apartment and then on his friend Mohammad’s couch. Mohammad (Mohammad Dagman) teases him with a saying from home: “Once there was a guy from Lattakia who entered a race alone but came in second.” It’s an apt parable for Ahmad’s new life, which involves a purgatorial succession of jobs which come and go. He works at a gas station, a leather factory and a construction site, all while dreaming of a more autonomous career as a taxi driver.

The Winds that Scatter delves bravely into the topical morass of an ailing post-9/11 economy and the hardships that immigrants face within it. Then it goes further, conveying the solitary restlessness of Ahmad in long takes and sure-footed digressions. Ahmad’s material circumstances are on the decline, but his existential difficulties threaten to overwhelm him. His power to choose what kind of life he can live has been taken from him, and the film meditates on the private moments of a man paralyzed by ennui. Ahmad’s Syrian friends and acquaintances have plenty of advice for him, much of which he ignores. He says he will ask about a job in a deli but then doesn’t. He works briefly in a jewelry store with Mohammad but stops when a young American coworker joins them and sells the baubles more easily, saying, “I am not here to compete with a boy.” Mohammad asks him what he will do instead, and Ahmad replies, “I will think about it later”. When a boss sends him and a co-worker to the store for cement, Ahmad stops to look at a lake, touching its sandy bottom. He tries to get his coworker to join him in this moment of revelry, but the other man declines his invitation to intimacy.

Director Christopher Jason Bell collaborated with actors Ahmad Chahrour and Mohammad Dagman on the script for The Winds that Scatter, incorporating some of their experiences, and the film is rich and complex even when its characters are feeling bored and alienated. The film is quietly self-assured and fine-tuned, turning Ahmed’s restrained delight at finding an abandoned structure in the woods into an emotional crescendo. Bell draws us into his character’s inner life to such an extent that when Ahmed stops and stares in wonder at the scene of a generic New Jersey office park, we’re right there along with him, with awe and appreciation.