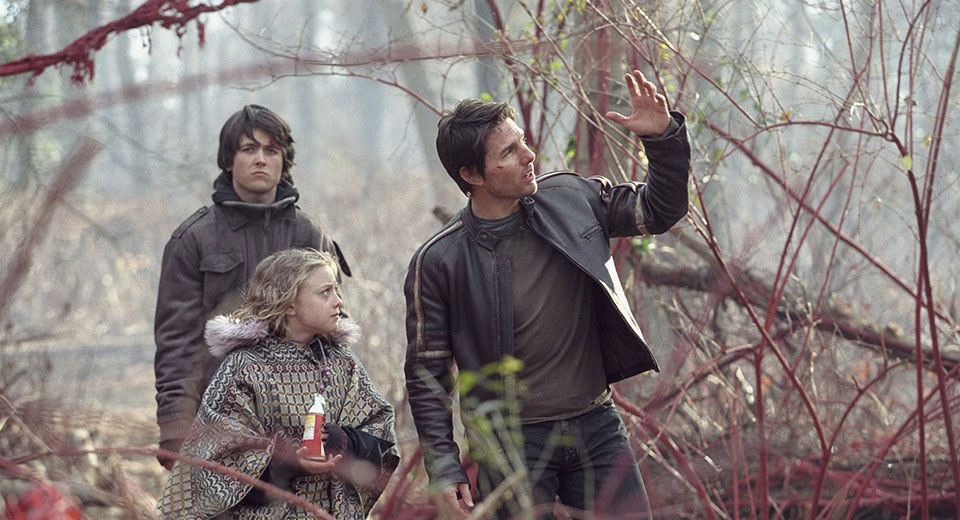 War of the Worlds (2005) finds Steven Spielberg reliving his days as a yarn-spinning boy scout bent on terrifying the troupe in their sleeping bags. H.G. Wells’ century-old source material provides him the opportunity to destroy the world, and the result is his darkest popcorn picture, a failed 9/11 allegory nonetheless irresistible as a reflection of its creator. As Hollywood’s supreme spectacularist, Spielberg is an aging Anthony Fremont, the omnipotent six-year-old from The Twilight Zone, whose whims manifest as apocalyptic reality. His body of work has picked at the scabs of a broken home for four decades, and here that primal pain turns to wrath across his largest canvas.

Such is his command of exhilarating carnage that set-pieces among a depopulated, destroyed airliner and the rupturing streets of New York still inspire awe even after the subsequent decade’s surfeit of city-leveling superheroics. In one of his most expensive films, he allows the full flowering of his imagination’s destructive corners. The film’s deepest relationship to 9/11 is largely unintentional but still profound: a pissing contest of duelling images, demonstrations of mass devastation leaving bewildered, momentary refugees in their wake. No one died making War of the Worlds, and of course that matters, but mass media have always driven modern anxieties, and terrorism would be mere mass murder if starved of oxygenating news coverage. Spielberg simply does it better and with a happier ending.

While Tom Cruise struggles to becomes a proper father, having the unfortunate luck to host his two kids the same weekend of an alien takeover, the United States military keeps the invaders at bay against long odds. But the latter’s ultimate failure marks an uncharacteristic fatalism for Spielberg’s America. As Morgan Freeman (who else?) intones in a book-end narration, despite years of planning, the aliens were thwarted practically on arrival by microorganisms. That is, the laser-shooting tripods collapse because the fabric of our biosphere granted them no place. This neurotic optimism posits an existential, “United We Stand” rejection of terrorism, a comforting, almost scriptural notion that American ideals shield us from history. Or it signals the self-soothing of an angry boy rent by divorce. In either case, War of the Worlds is Spielberg’s fullest indulgence in the Hitchcockian cool sadism usually forced to the margins of his work.