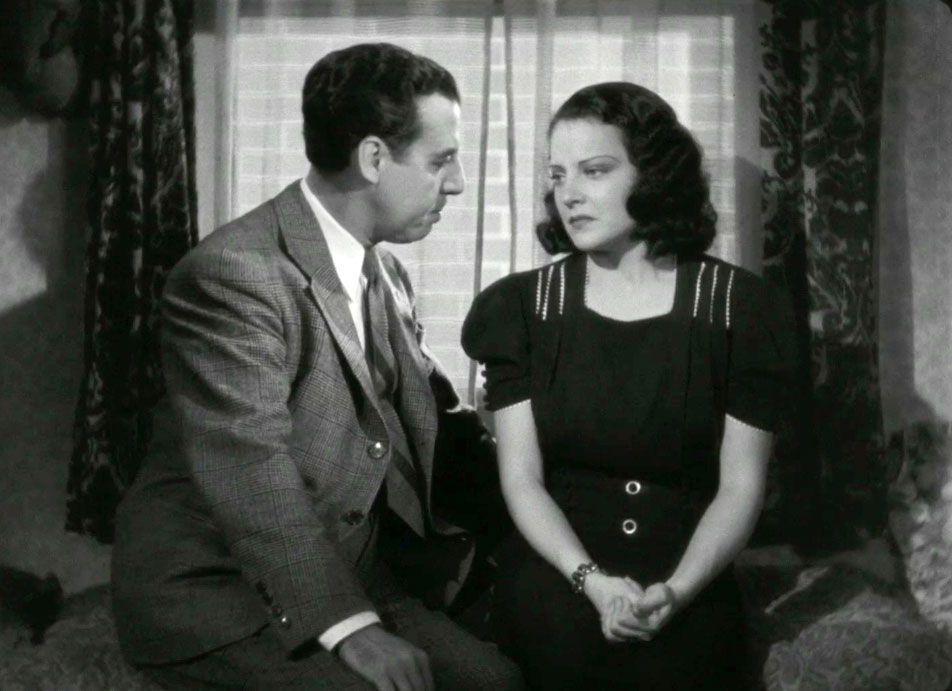 Verbena trágica (1939) is a Spanish-language film made in Los Angeles by one-time producer Jaime del Amo, a businessman descended from an old Californio family. An oddity in more ways than one, this tight melodrama, distributed by Columbia Pictures, may look like many low-budget productions of the 1930s, but it stands out for several reasons. The Library of Congress included it in the National Film Registry for its cultural and aesthetic values, and the UCLA Film & Television Archive made a gorgeous digital restoration of a 35mm print, which will screen Thursday, May 13 at 4pm PT/7pm ET and remain online through June 3.

Unfolding during a few hours in New York’s Spanish Harlem on Día de la Raza, or Columbus Day, an immigrant Spanish family is destroyed by the same atavistic forces at play in the work of poet and playwright Federico García Lorca, Italian operas, and mafia movies: sullied family honor and the relentless pursuit of revenge. The traditional “verbena,” a popular form of holiday celebration in Spain, functions here merely as the background of a tragic story surprisingly devoid of picturesque touches, but with assorted peninsular, Caribbean and South American supporting characters spending leisure time in a typically Spanish café.

The film has a solid cast of Spanish actors: Luana Alcañiz, Pilar Arcos and Juan Torena. They had been steadily employed during the decade-long blossoming of Spanish-language versions made by Hollywood studios like MGM, Paramount and Fox first, and then independent companies like Cantabria Films–del Amo’s foray into movie-making.

Renowned Mexican actor Fernando Soler came briefly to Los Angeles to star in the film as Mateo Vargas, the larger-than-life neighborhood boxer who returns from a brief stay in prison, to discover that his wife Blanca (Alcañiz) has betrayed him with his protegé Claudio (Torena). Mediating the unravelling of the marriage is Blanca’s mother, Mamita (Arcos), who shares with Blanca the final scene, a triumph of matriarchal resilience.

Spanish journalist and writer Miguel de Zárraga, who had settled in Los Angeles by the late 1920s and was a key figure in the Spanish film colony of Los Angeles, provided the Spanish dialogue to the original English-language screenplay written by Jean Bart. It must have struck de Zárraga odd that the characters talk about returning to Spain as if no Civil War was raging between 1936 and 1939. As head of foreign publicity at Columbia Pictures since 1936, de Zárraga surely wore more than one hat, as he did in so many of the Spanish versions of studio productions. Prolific filmmaker Charles Lamont, known before and after Verbena trágica for his comedy shorts and features–Charley Chase and Three Stooges for Columbia, and later Abbott and Costello vehicles–showed his flair for comedic touches, especially in the recurring gag of Mamita slapping her teenage son Pepito (Jorge Mari) for no good reason. Song numbers by Arcos, a renowned singer and wife of Fortunio Bonanova of Citizen Kane opera singing fame, and prolific “maestro of the Cuban Bolero” Sergio de Karlo soften the tragedy but stop short of turning it into the Mexican-style melodrama that could have been expected.

Verbena trágica was the second and last production of Cantabria Films, the venture started by Jaime del Amo. The film opened in New York and Los Angeles and seems to have done well at the Spanish-language film market in the U.S. Distribution by Columbia Pictures assured the film also played in South America. But neither Vida bohemia–Cantabria’s first picture, released in 1938, also somewhat of an oddity–nor Verbena trágica could compete against the super popular Mexican productions released in the U.S. nor the constraints of Columbia’s distribution contract.