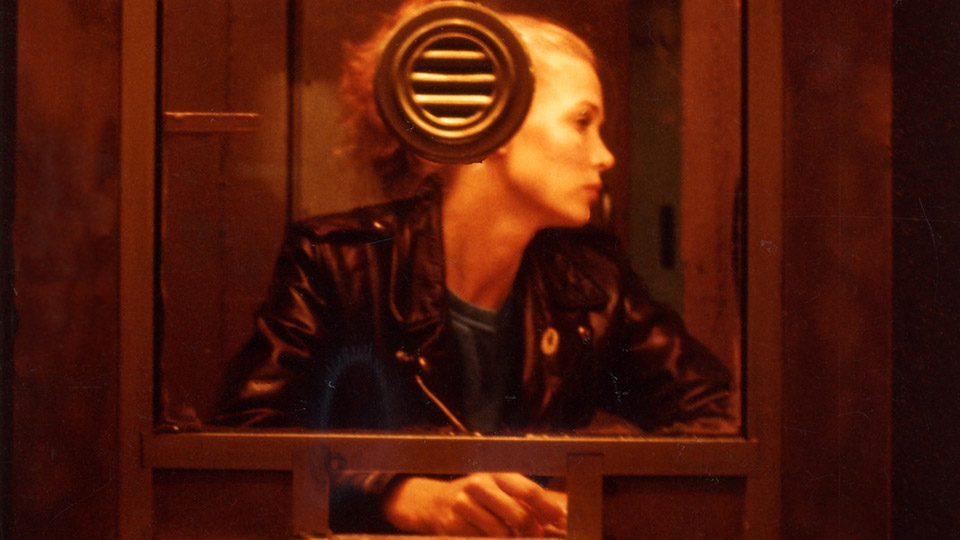 After Louie leaves her to go “on business” during the game, Christine begins to stalk him and observes his seedy, handshake deals in parts of the city where girls — ”nice” or otherwise — don’t go. Gordon’s camera, an agent of Christine’s voyeuristic female gaze, sidles up to dock workers at the Fulton Fish Market, skulks the magazine racks at 42nd Street sex shops, and spies in Yankee Stadium, the filmmaker herself also a trespasser in these gendered spaces.

Kathy Acker co-wrote the film with Gordon, and it inherits a frank, confrontational sexuality from this boundary-pushing parentage. Midway through her tenure at Variety, Christine begins narrating pornographic scenarios in sensuous detail, as if delivering dramatic monologues, much to the discomfort of her journalist boyfriend Mark (Will Patton). As she tails Louie and discovers more about him, her sexuality becomes even more performative. Christine’s obsession with a man, much like Chris Kraus’s in I Love Dick, creates a release valve for self-expression. Similarly, bar scenes in which women have candid conversations about love and sex (led by Nan Goldin, who plays the bartender), like those in Paul Mazursky’s An Unmarried Woman (1978), are truly about the female experience, not the men they reference.

Gordon has said that more than its blatant portrayal of pornography or female sexuality, Variety’s inconclusive ending is what shocks viewers the most. The film’s last shot pictures a rain-slicked Manhattan corner where Christine and Louie are slated to meet. In a final thwarting of traditional cinematic expectations based in male pleasure, the corner’s empty. We’re brought to the edge, but no one comes.