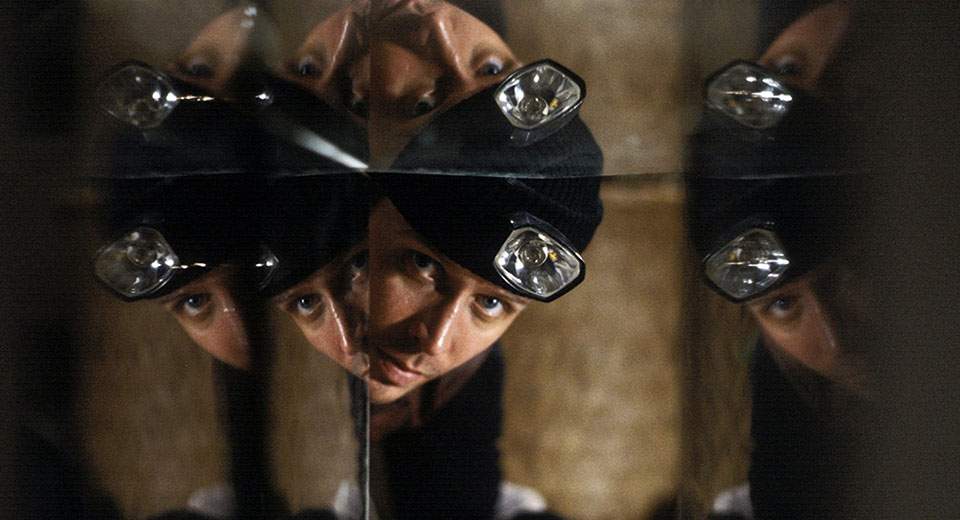 Vincent Canby began his review of George P. Cosmatos's understated 1983 Quebecois ick-fest by lamenting the fact that an actor as promising as Peter Weller (the original Robocop) had wasted his time on a movie "mysteriously titled Of Unknown Origin, which suggests something from outer space." If Canby had kept his eyes open, he would have seen the huge caption with exactly these words under an enlarged rat-diagram Weller examines at one point. It's not to Canby's credit that he missed such a visible detail in a key scene, one in which Weller abandons the responsibilities of his white-collar life to dedicate himself full-time to rat-hunting. Maybe it's a sign that Canby didn't really get it. He goes on to describe the movie's nigh-unkillable nemesis rat as "rather humdrum," and the many closeups of its teeth as less frightening than "overly intimate."

Canby's expectations weren't met because they were the wrong ones; Of Unknown Origin isn't simply a "suspense-horror film," comparable to everything from Nosferatu to Alien: Covenant, but belongs to a more domestic subgenre of horror. Its scope is a lot narrower than something like Prince of Darkness (1987) with its interdisciplinary research team and satanic possession or even C.H.U.D. (1984) with its corrupt city politicians. It's closer to The Fly (1986), which takes place almost entirely in Jeff Goldblum's lab, or Misery (1990), in which a sadistic Kathy Bates imprisons James Caan in her house. What makes Of Unknown Origin so creepy—and so relatable, so empathy-invoking, so anxiety-inducing—is Weller's completely plausible and non-supernatural adversary. It's not a mutant rat, an alien rat, a zombie rat, or a demonically possessed rat; it's just a big, gross, resilient rat. But that's enough. Do you know what a rat can do? It can "chew through led and concrete" by exerting pressure of "24,000 ponds per square inch—per tooth!"

The other great thing about Of Unknown Origin: New York City is played by Montreal. Between Weller's brownstone (which looks more like the old 20th Precinct in Bushwick) and his glass-and-steel office tower, the fabric of New York is suggested through yellow cabs, One Way signs, and newsstands selling the Wall Street Journal. Also through gratuitous lines about rats liking it better "up in the Bronx" and Weller's threats that he has "friends in Jersey."

One of the best characters is Weller's ambiguously Jewish-Italian super, a pseudo-expert on everything from masonry to pest-zoology. When he warns Weller that an exterminator would tear his nice house to pieces, Weller tries to establish inter-class rapport by bragging about having renovated the place himself, "from the ground up." "Not one machine touched this floor," he boasts. Everything Weller says to his super deserves to be followed by Buggin' Out throwing up his hands in disgust.