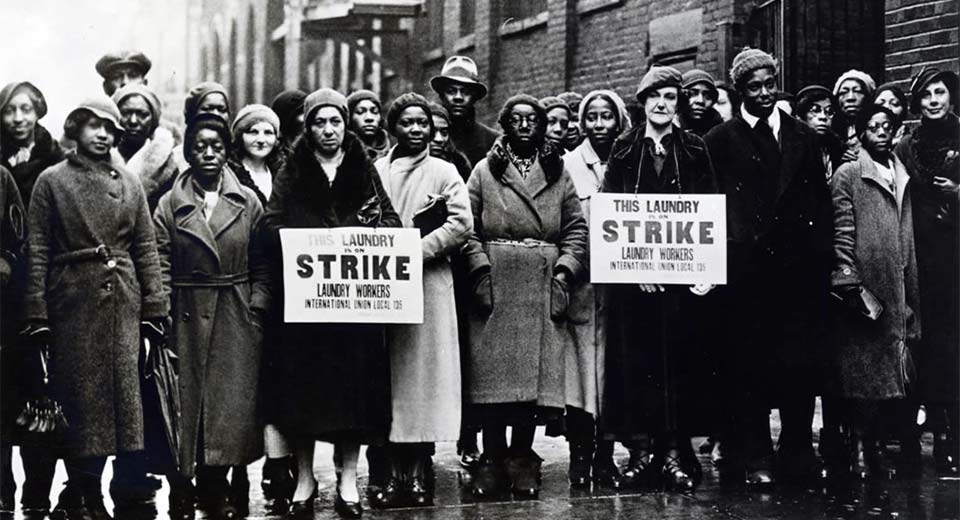 In the midst of one of the most remarkable strikes in recent history, BAMcinematek’s Women At Work: Labor Activism series could not be more timely, or more inspiring. The series, which presents both documentary and fictionalized views of women-led activism in the workplace, comes at the same time as teachers in West Virginia strike indefinitely until they are granted a 5% pay raise to offset the rising costs of health insurance. If the teachers’ demands are not met before Tuesday [ed note: they haven't been], Julia Reichert, Jim Klein and Miles Mogulescu’s 1976 documentary Union Maids will screen on the ninth day of the state-wide strike (with no end in sight).

Based on first-hand narratives the filmmakers read in the labor studies classic Rank and File: Personal Histories by Working-Class Organizers, Union Maids lets three women tell their own stories, without outside voiceover, about labor organizing in 1930s Chicago. Sylvia, a black woman from New Orleans who moved to Chicago as a young woman, has a family history of labor and civil rights activism, and organizes her fellow laundry co-workers. Kate, who comes from a long tradition of radical feminism, was an organizer in the all-male world of the CIO. And Stella, whose father was a socialist coal miner, organized the packinghouse where she worked. The three women speak about the exploitation and abuses they could no longer endure silently: screamed insults from the foreman, lost fingertips and limbs from unsafe machinery, 50% layoffs, seven-day work weeks, and physical altercations with the police over nonviolent action. The film links together the women’s generational activism, feminist activism and anti-racist and anti-police action with their pro-worker activism, a strong, emotionally resonant case for intersectionality in today’s activism.

Celebrate contemporary labor action and the teachers of West Virginia by viewing Union Maids, and take inspiration from the hard-fought, radical action of women across the country, throughout the decades. Directors Julia Reichert and Jim Klein will be on hand for a Q&A after the film.