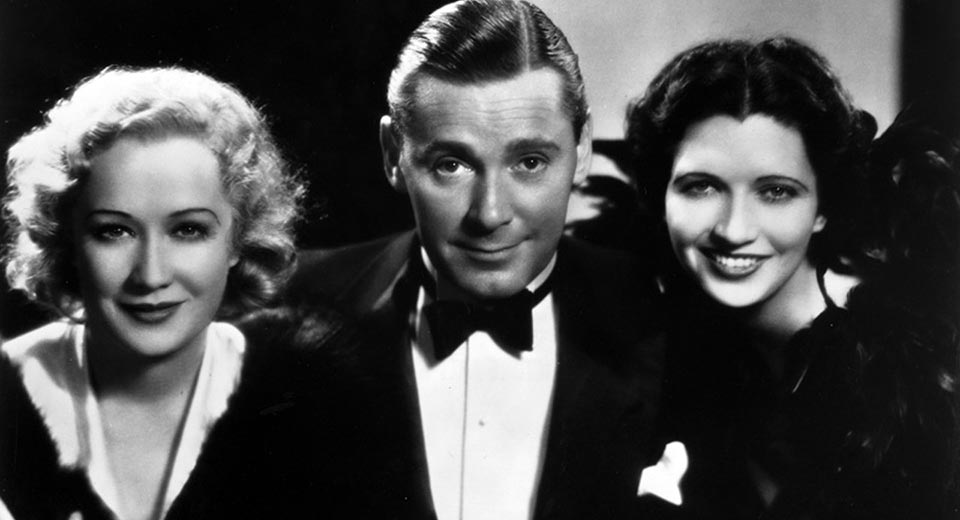 Perfume dynasty heiress Madame Colet (Kay Francis) is greeted with these words by a furious, shock-headed Bolshevik emigré in Ernst Lubitsch's 1932 Trouble in Paradise, a comedy of mistaken identities in the grand old style. The movie is so class-conscious it could only have been made in that brief moment between the 1929 stock market crash and the start of the Hays Code. The guy quotes Trotsky — in Russian! — to the face of a callous businesswoman, a personification of bourgeois indifference and hedonism. If anyone in the opening night crowd was expecting the criminals to get their due — jail time, or at least a guilty conscience — they got snubbed, because this movie takes the side of the "self-made crooks" more clearly than even Nicholas Ray at his most antinomian.

After the slippery French-Romanian gentleman thief Gaston Monescu (played with curly-lipped refinement by Herbert Marshall) and the a cherubic career swindler Lily (Miriam Hopkins) discover each other ripping off the same aristocrats in a Venetian luxury hotel, they fall in love and form an unbreakable erotico-professional bond. "My little shoplifter, my sweet little pickpocket," they croon to one another. Here is a tender pair of outlaw sweethearts beyond parallel in Hollywood history, and that's a tall order.

Deploying a range of time-economizing devices — breathless windshield wiper montages, character-erasing cross dissolves, and clock face timelapses — Lubitsch rushes us through the narrative like a nervous kindergarten chaperone. Whether he was simply eager to please impatient Americans, or whether these conventions came to him naturally as a UFA-tempered pragmatist, they're impressive in their efficiency. When he made Trouble in Paradise, Lubitsch had been in Hollywood for a full decade, but there there are still a couple of occasions where he can be felt playing the self-hating German, like when Gaston is mistaken for an American and takes it as a compliment, or when the faithful chairman of the board of Colet & Co. is revealed as an embezzler and dismissed with a derisive "Goodbye, Adolf!" But was that name already infamous in 1932?

The Great Depression is thematized tastefully — not in a harsh enough light to make Paramount nervous. Gaston is able to accept the 20,000 franc reward without shame because, as he puts it, the crash has made him "a member of the nouveau poor." "In times like these" becomes a refrain, a generic signifier of the diffuse misery that enveloped the age.

Last note: More languages are spoken in Trouble in Paradise than a normal American moviegoer can reasonably be expected to excel in. Bring both an Italian and a Russian friend so you catch all the jokes.