The Trial of Joan of Arc 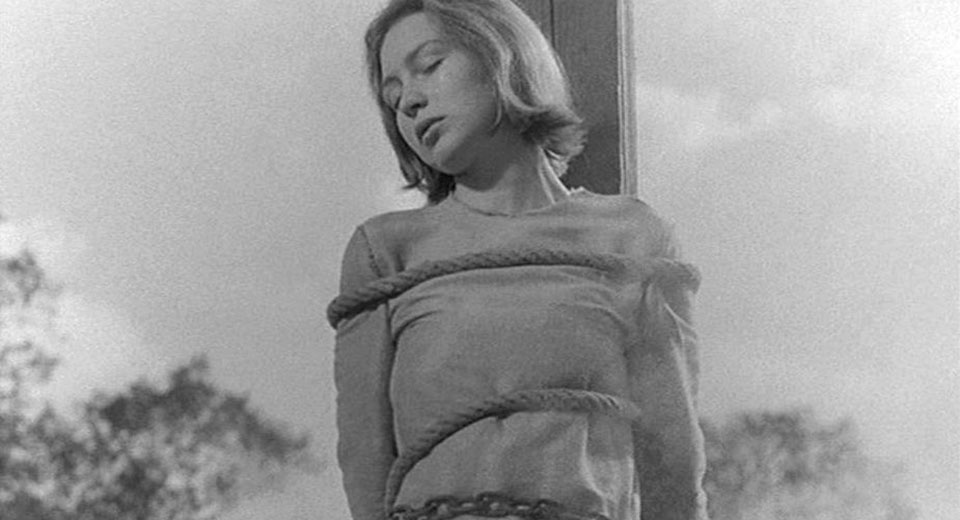 In the 1962 film The Trial of Joan of Arc, Robert Bresson continues his career long cinematic fast. His radically ascetic vision leads to truly beatific results here. Like Rossellini's Flowers of St. Francis, where the film's modest and unfussy construction echoes the poverty and simplicity of its subject, The Trial of Joan of Arc takes the intensely limited visual world of a prisoner as its material. What Bresson does with this meager supply of potential images is where his art lies. Montage is central, images appear again and again but are reshuffled and repaired with new sounds. It sometimes feels like Bresson is playing with a deck of cards, and even though their are only 52 of them, through recombination the possibilities are seemingly infinite.

Bresson's interest in the odd passion of youth continues and possibly peaks with his depiction of Joan. Since his first feature film, Angels of Sin, the filmmaker saw the ability of the young for connoting spiritual intensity on screen. His country priest is somewhere in his twenties, Mouchette is a child, and The Devil Probably focuses on young radicals. By one account these are youth films. Not just pop predicated on the narcissism of youth seeking to stultify and advertise, but work so in step with a zealot's quiet madness they become dangerous.

The Trial of Joan of Arc is a visual prison like almost all of Bresson's work, where freedom seems to exist despite the constraints of form. This is what makes Bresson one of the few legitimate old masters of cinema—his ability to both affirm and negate his own work simultaneously. It is the height of illusionism, making the viewer believe that somehow some spiritual essence transcends the limits of his frame. For some maybe it does. As Joan says when questioned as to why she accepted her divine messengers as legitimate, "I chose to believe."