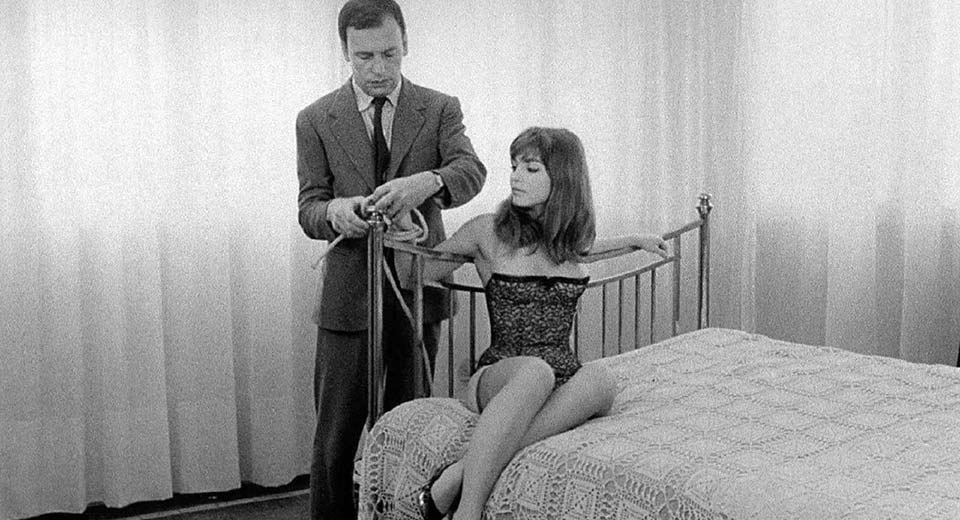 Where does pulp fiction specifically, and genre storytelling in general, fall within the spectrum of high-and-low-brow entertainments? A half-century ago, crowd-pleasers like adventure stories, detective novels, and romantic fiction were delegated to the backrooms of our collective canon, while “high art” remained parked front-and-center—for everyone to admire—like a sports car languishing in a casino valet lot. Fortunately, for the thrill-seekers and escapists among us, these once-tawdry tales have become ripe for reappraisal. Quad Cinema’s “Crimes of Passion: The Erotic Thriller” series surveys the best of this oft-maligned genre, with staples Basic Instinct and Fatal Attraction screening alongside lesser-seen but no-less titillating titles like Bound and Body of Evidence.

Buried deep within the velvety folds of this comprehensive line-up is the grand-père of them all: Trans-Europ-Express, a progenitor of the form that dabbles quite freely in drug smuggling, voyeurism, and S&M. Writer-director and nouveau romancier Alain Robbe-Grillet freely toys with the transgressive behavior that distinguishes his best-known novels and films, working as always to dismantle the very concept of linear storytelling from the inside out. Using persistent explorations of memory and conspiracy, Robbe-Grillet provides a sort of slippery backbone to the story at hand. But that initial flush of intrigue could not sustain its feverish self without an intoxicating couple at its center, else why shell out to watch two stars commingle in the first place? Tossed within this boudoir maelstrom is lowlife Elias and streetwalker Eva, a criminally attractive pair played by New Wave heartthrobs Jean-Louis Trintignant and Marie-France Pisier.