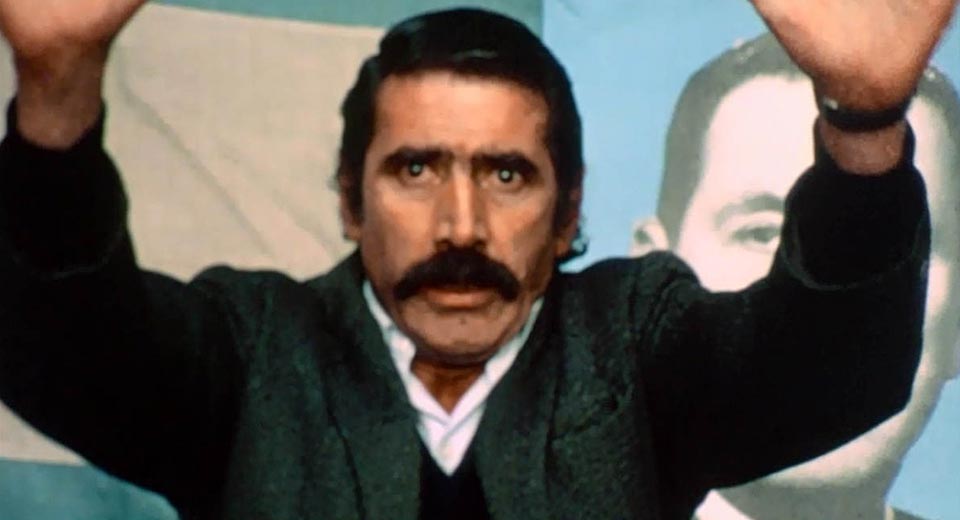 If your knowledge of Argentina's fascist years is lacking, fear not: Anthology Film Archives' near-complete Raymundo Gleyzer retrospective will bring you up to speed. The leftist filmmaker and activist – whose brilliant career came to a morbid end with his state-ordered "disappearance" in May 1976 – directed exactly one narrative feature during his ten-year stint behind the camera, making The Traitors a bit of an outlier within the series line-up. Shot verité style on the factory floors and café-lined streets of Buenos Aires, this pitch-black satire charts the political rise, inevitable bureaucratic corruption, and eerily similar kidnapping of charismatic union leader Roberto Barrera.

Americans raised on the romantic ideal of Peronist Argentina – thanks, in no small part, to Broadway power couple Andrew Lloyd Webber and Tim Rice – will find much to chew on within Gleyzer's meaty filmography. There are no sweeping political rallies here, no girlish kisses blown from the palace balcony, only the day-to-day indiginities of intimidation and bullying that bedevil an enraged bodily politic. Gleyzer freely mixes archival footage with "contemporary" scenes of old-timers swapping strike stories, exerting a flattening effect on the timeless – and, sadly, stateless – history of struggle. At its "lightest," The Traitors recalls those potent moments from Elio Petri's 1971 The Working Class Goes to Heaven, but for every left hook aimed at the boss' glass jaw, capital returns the favor tenfold.