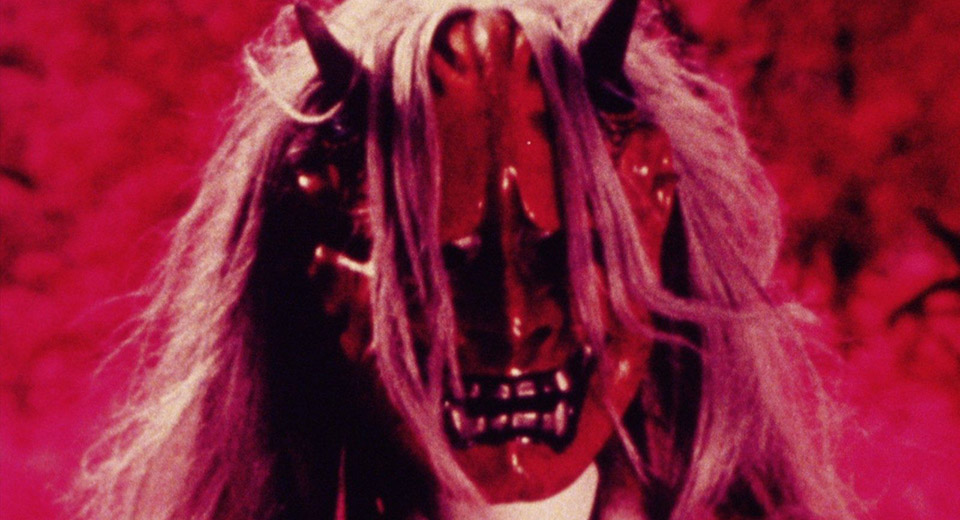 There’s no place more fitting for a Toshio Matsumoto mini-retrospective than Film Society of Lincoln Center’s Art Of The Real, an annual festival whose commitment to exploring international nonfiction and hybrid cinema meshes with Matsumoto’s career-long determination to de-systemize film viewing. Best known for his Funeral Parade of Roses (also screening), Matsumoto was a major exponent of expanded cinema, constantly seeking, as he put it, “to irritate and disturb modes of perception, thinking, or feeling that have become automatized.”

The two shorts programs, Documentaries and Experimental, are perfect bookends to Matsumoto’s features, tracing his evolution through the medium’s possibilities. The Experimental program focuses on work made after he’d hit the limitations of what he felt documentary could draw out of an audience, mostly post-Funeral Parade, and highlights his use of sensory assault to shake viewers from complacency.

Lysergically-tinted Atman is a flicker film toying with color, exposure, distance and time, centered on a masked oni amid natural splendor and similar to Vibrations in making audiences cling to a central image for any sense of stability. The latter focuses on a Euclidian cube of architecture, a pet subject also seen in Delayed Exposure and Shift, which feature the same Brutalist campus. Delayed Exposure’s a double pun: increasing spatial reveal through wider camera pans and tech spanner-in-the-works of automatic light re-adjustment, with subliminal blips of architectural impressionism adding the twitchy realism of taking in a space for the first time, or in this case experiencing it anew. Shift takes things a step further – all of this program’s shorts draw attention to their process, but Shift has a literal magnifying glass amplifying the digital effects, with a geometric hand pointing to the emphasis just in case you missed it, as familiar architecture is sliced, retimes, separated and rejoined, becoming living form instead of still monument.

Metastasis is a delight – sponsorship by Japanese porcelain company Toto leads to a Duchampian reveal of a common object in dynamic rainbow glow, recontextualized as strange and linear, pure form. Recalling the biblical mandate “if thy right eye offend thee, pluck it out,” Matsumoto managed to distill the zeitgeist with For The Damaged Right Eye’s collage of verité footage, pop tunes, and graphic snippets, an overwhelming experience even without the original three-projector setup. It calls into question what could have caused offense that this sensory assault is solution. Don’t miss an opportunity to thoroughly blast your consciousness clean with visceral images calibrated to reset your perception.