On Top of the Whale 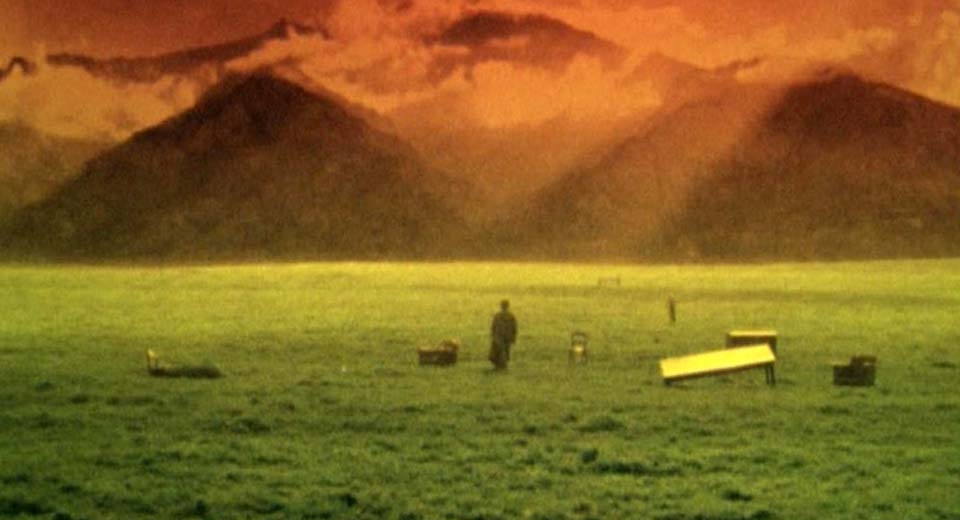 Tonight, Film Society of Lincoln Center screens Raúl Ruiz’s curious 1982 fantasy On Top of the Whale. Alternately whimsical, satirical and demanding, the film concerns a Dutch anthropologist retreating with his family to an isolated Patagonian manse in order to assist a communist millionaire in translating a dying indigenous language. The fog of speech clouds the proceedings as a handful of secluded characters attempt to communicate in no less than five languages, one of which is an inscrutable invention reimagined on a daily basis. If Ruiz’s idiosyncratic deployment of the “language of cinema” counts, we might add a sixth. Each vehicle of communication is pulled and doubled-over like taffy. The film is a parody of colonial first-contact fantasies and a sound-salad experiment worthy of Beckett.

Visually, amber filters and painterly compositions present handsome tableaux with little in the way of traditional “film grammar”. Within a dialogue exchange, Ruiz is as likely to cut to an eerie, static shot of the manor (endlessly repeated) as he is to an overhead shot of the participants. Oneiric, soft imagery echoes and supports the streams of different tongues flowing in and out of one another. Meanings both visual and verbal radiate into the ether, producing a chaos of atoms unwilling to coalesce.